No trace of missing Baloch students from Karachi – TBP report

There has been no development in recovery of four missing ‘talented’ Baloch students from Karachi even after 48 hours of them going missing. International Human Rights Organisations have also kept ‘criminal’ silence on the issue.

Four Baloch students, who were arrested by Pakistani forces from Karachi, on 15 November 2017 from Patel Paara in Karachi, are still missing without any trace.

Other than one, all other missing students are office bearers of a political student organisation called BSO-Azad. They include the central Secretary General of the organisation, Sanaullah Baloch alias Ezzat Baloch, and two Central Committe members, Hassam Baloch alias Nodan Baloch and Naseer Ahmed alias Cheraag Baloch. Whereas, Rafeeq Baloch alias Kambar Baloch is a member of Baloch National Movement (BNM).

Due to its staunch support for liberation of Balochistan, BSO-Azad has been dealt brutally by Pakistani forces. Almost majority of top brass of the organisation has either been killed or are missing for years. The organisation, therefore, has resorted to use nom de guerres for safety.

The three abducted activists are students of International relations in Karachi University. Their university fellows told The Balochistan Post (TBP) that the missing activists were very talented and were performing very well in their studies.

Pakistani state forces have also admitted that they have picked four persons from Patel Paara during, what they termed, “routine house to house search operation”. They also confirmed that no illegal substances have been recovered during the raid, however, the arrests were made due to the persons looking suspicious.

BSO-Azad has rubbished these claims and said the students were particularly targeted for their affiliation with the organisation. “This is continuity of abduction of BSO-A leaders like Zahid Kurd, Shabbir Baloch and Zakir Majeed,” the organisation said in a press statement. 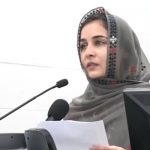 Canada based BSO-Azad Chairperson, Karima Baloch, who also appeared on BBC’s list of inspirational and influential women for 2016, told TBP that BSO-Azad has borne the wrath of Pakistani state forces since many years now.

“We are a peaceful political organisation that campaigns for student as well as Baloch rights. However, negating Pakistani state’s stance attracts inhumane behavior. BSO-Azad is victim of such behavior at the hands of Pakistani state forces.” Ms. Baloch said.

Karima Baloch added that we have lost the cream of society in Balochistan. More than one hundred activists and leaders of BSO-Azad have either been killed or are missing since many years. This includes abduction of former chairman of the organisation Zahid Kurd, former senior vice chairman Zakir Majeed, Information Secretary Shabbir Baloch and many others. Whereas, Raza Jahangir, who was the then Secretary General of the organisation, was killed by Pakistani forces. 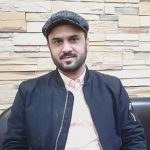 Active social media activist Faiz Baloch, who is based in Ireland, told TBP: “In a short span of just three weeks, 13 Baloch students have been abducted from Karachi by security forces; a metropolitan city where local and international media has massive presence.”

“Pakistani forces are picking up Baloch students without any fear, and that is going unnoticed in a big city like Karachi. One could imagine on what scale Pakistani security forces must be committing atrocities in Balochistan, where media is barred by security forces,” he said.

Faiz Baloch added that the recent arrest of BSO-Azad leaders and students from Karachi is an undeclared policy from Pakistan that there is no room for peaceful activism and education for Baloch youngsters. 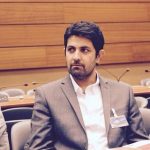 TBP also spoke to London based International representative of Baloch National Movement, Hammal Haidar, who said: “abduction of peaceful Baloch students and activists has dramatically escalated recently. These students were in Karachi for their studies. But Pakistani forces are suppressing even the right to gain education by extrajudically targeting students.”

He said that Pakistani forces have initiated a new policy to target women, children and young students. Anybody who is a Baloch is abducted in order to crush the Baloch liberation movement.

“The silence of United Nations and other human rights organisation in this regards is criminal and beyond comprehension,” Mr. Haidar added.

The abductions were widely condemned by many Baloch leaders and activists.

Khalil Baloch, the chairman of Baloch National Movement condemned the abductions and tweeted:

The four Baloch, including BSO Secretary General Sana Baloch, have been abducted by law enforcement agencies from Karachi. We appeal the @UN, the US, @amnesty and other human rights organizations to save the lives of Baloch youth.

Former BSO-Azad leader Lateef Johar, who sat on hunger strike for 46 days for recovery of BSO-Azad leader Zahid Kurd in 2014 said Sanaullah was his friend and like many others was compelled to remain anonymous under the pseudonym of Ezzat Baloch.

Mr Sanaullah is my friend, he is a native of Mashkey, #Balochistan. Like 1000s of other Baloch activists he was also compelled to remain anonymous under the pseudonym @EzzatBaloch since d KILL & DUMP policy of Pakistan pic.twitter.com/lnjKGOukO1

BSO-Azad has said that a schedule for protests against the abductions will be announced soon.

Under the Universal Periodic Review process at the United Nations Human Rights Council in Geneva, the member...
Read more
News

At least 41 passengers were burnt alive after the bus fell into a ravine and caught fire in Balochistan’s Lasbela district on...
Read more
Balochistan

Hafiz Ali Ahmed, who reportedly went missing from Quetta, the capital of Balochistan, could not be recovered after eight years, his family...
Read more
Balochistan