Wadh, Balochistan has not always been a base camp for sectarian terrorists, in fact there was no sectarian violence in Balochistan at all. But now everything from killing of Shia muslims in Sindh, indiscriminate targeting of Hazara community in Quetta, targetting of Baloch pro-freedom activists or the attack on MQM leader Khuaja Izhar Ul Haq all pointed towards one person – Shafiq Mengal of Wadh.

Who is Shafiq Mengal? How he became a religious extremist and later a state asset? After detailed investigation, The Balochistan Post brings this exclusive report to answer these questions.

Shafiq-Ur-Rehman, belongs to the sub-tribe Mohamadzai of Mengal clan, who live in Wadh and Khuzdar. His father, Naseer Mengal, was ex-Chief Minister Balochistan and then became Pakistani Federal minister of petroleum and natural resources. Shafiq after dropping out of Aitchison College, an elite boarding school in Lahore, joined a Deobandi Seminary in Karachi. From here he got his religious education and also made contacts with Kashmiri Jihadis of proscribed group Lashkar-e-Tayyaba.

During his time in the seminary in Karachi he had met some senior members of Lashkar-e-Tayyaba. These contacts convinced him to take part in the “holy Islamic war, Jihad” in Indian held Kashmir. It was there when a Brigadier from Pakistani secret services intelligence ISI discovered Shafiq Mengal and recruited him as a future asset.

In his early days, Shafiq Mengal along with his family lived in a mediocre house in WAPDA colony, Khuzdar. He and his elder brother Atta-Ur-Rehman along with their uncle Qudoos Mengal used to smuggle drugs in non-registered vehicles.

When Pakistan army started its  notorious ‘kill and dump’ policy in Balochistan in 2008, it also started forming local militias. Initially, these militias were mainly tasked to aid state forces in abduction of Baloch activists and to create safe passage for Army convoys in remote volatile areas. With the increasing momentum in Baloch struggle, the Pakistani Army responded by arming the local militias and that is how Shafeeq Mengal’s “Musala Diffa Tazeem (armed defense party)” came into being.

Their first ever attack was on a peaceful rally of student organisation BSO Azad in Degree College Khuzdar in 2010. This attack killed a student Ali Dost and injured several others.

In another attack by the same group in 2010, grenades were hurled over a cultural event held in Engineering University Khuzdar, which left two students dead and several others injured. Beebarg Zehri and Liaqat Kurd both lost their legs in this attack and are bound to wheelchair till this date.

After Shafeeq Mengal’s uncle, Qudoos Mengal, was killed in an attack by Baloch Liberation Army, Musalla Diffa Tanzeem was given full impunity to target Baloch activists and their supporters.

From 2010 to 2013 scores of people were killed or abducted in Khuzdar by Shafeeq Mengal and his group. This death squad also killed and dumped two minors Balaach and Majeed Zehri. Later Majeed Zehri’s father, Haji Ramzan Zehri and another elder Hafiz Abdul Qadir Mengal were also killed by the same group.

Though Shafiq Mengal is basically from Wadh city of Balochistan, however, he has property and maternal connections in Tootak near Khuzdar, where Qalandarani tribe lives. This provided him an excuse to move his camps from Wadh nearer to Khuzdar. 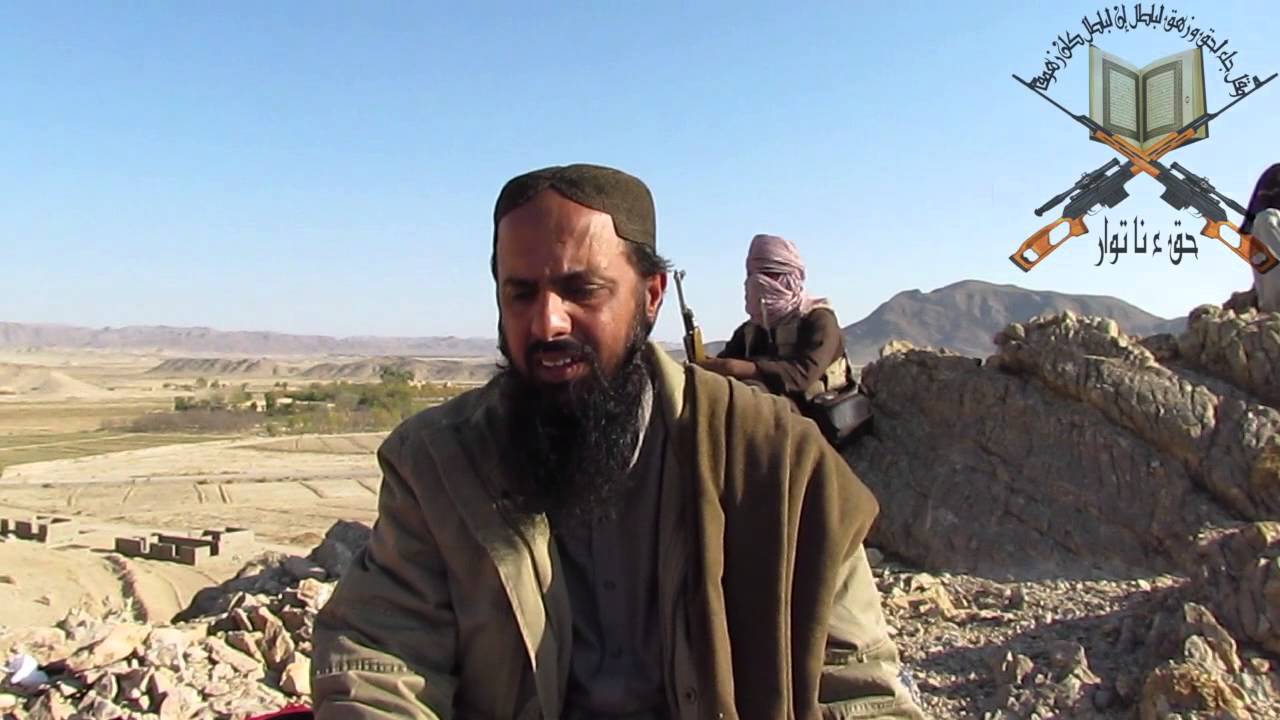 It is pertinent to mention that Tootak town had already faced a military operation before Shafiq’s arrival. In a military operation in February 2011, sons of tribal elder of Qalandrani tribe and several others were abducted by Pakistani security forces. Other than Masood Qalandrani, whose bullet riddled body was found from Quetta, all others are missing till date. These include an 82 year old man Abdul Rahim Qalandarani.

Here he started operating under a new name for his organisation, Haq na Tawar, which means the righteous voice in Brahvi language.

He built torture cells and jails inside Tootak town. Locals still talk about how shepherds would hear screams of people crying due to inhumane torture inflicted on them. It was believed he used to bury people who could not survive the torture next to the camps.

This was confirmed when mass graves were discovered by local shepherds in the area in 2014. Remains of 169 dead bodies were excavated from these mass graves. Only identity of two bodies could be ascertained. 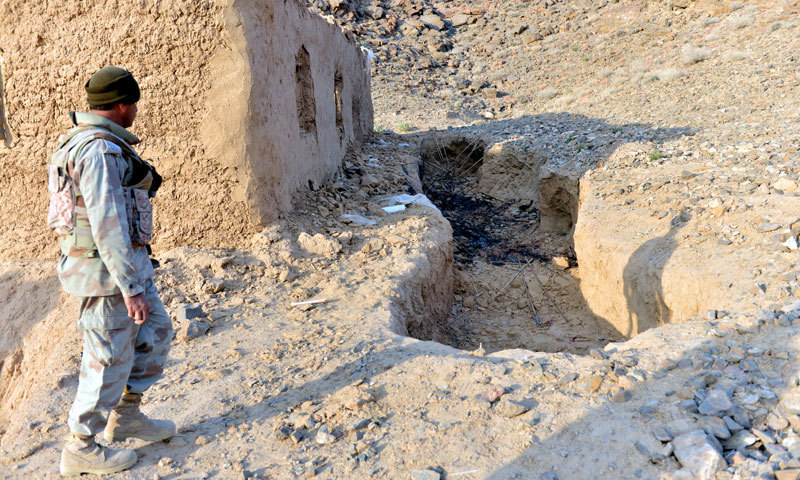 These mass graves were only discovered when Shafeeq Mengal left the area and moved to Wadh. This happened because when Zardari’s government in Islamabad finished its tenure, the administration of Khuzdar region was given to Military Intelligence (MI) instead of ISI. Shafiq Mengal had already judged the shift in the policy and he was not going to live the life of an ordinary citizen again. Military Intelligence, due to its differences with ISI, wanted to finish Shafiq Mengal and bring their own agent Zakria Mohammad Hassani as the main power in Khuzdar.

However, by this time Shafiq Mengal had become a deadly weapon who only listened to ISI. Military Intelligence brought Waheed Shah as Deputy Commission Khuzdar to counter and disarm Shafeeq Mengal. They very soon realized it is not going to be an easy task after Shafiq and his men gunned down eight personnel of local paramilitary forces, Levies in Wadh.

While, MI was after Shafiq mengal, ISI kept supporting him and protected him. Shafiq on the other hand had already built relationships with Afghan Taliban and made himself a known leader of secterian outfit, Lashkhar i Jhangvi.

Under supervision of ISI, the fighters of so-called Islamic State and sectarian terrorists Lashkar Jhangvi Al-Almi were trained in training camps in Wadh. Everybody knew Shafeeq Mengal will turn into a huge headache one day but the government or any minister had no courage to question the mighty ISI.

However, Baloch armed organisations carried out many attacks on Shafeeq Mengal. The main such attack was in Quetta city when dozens of members of Shafeeq Mengal’s deathsquad were killed in an attack by Baloch Liberation Army.

Recently the members of Islamic extremist group Insar al Sharia have confessed to Sindh Police that they were trained in Wadh by a trainer named Abdullah Baloch. Prior to this terrorists arrested from Sindh also mentioned about training camps in Wadh. It was also revealed that the suicide bomber of Shah Noorani attack was trained in Wadh. 52 people had died in the attack on shrine of Shah Noorani.

Shafiq mengal has become a miserable and dangerous reality for this region, if not handled immediately he can turn into Baghdadi of south Asia.

Noor Jahan Baloch was picked up by the Pakistani security forces from her hometown of Hoshap, district...
Read more
Balochistan

Demonstrations in LUAWMS against enforced disappearance of Zahoor Rasheed

Students of Lasbela University of Agriculture Water and Marine Sciences (LUAWMS) on Tuesday held a demonstration against the forceful abduction of their...
Read more
Balochistan

The Baloch students who were suspended by the Ghazi University in the Dera Ghazi Khan, were reinstated by the university administration after...
Read more
Balochistan

The Tehreek-i-Taliban Pakistan (TTP) commented on the enforced disappearances of Baloch students, the water shortage and the deadly cholera outbreak in Dera...
Read more
News