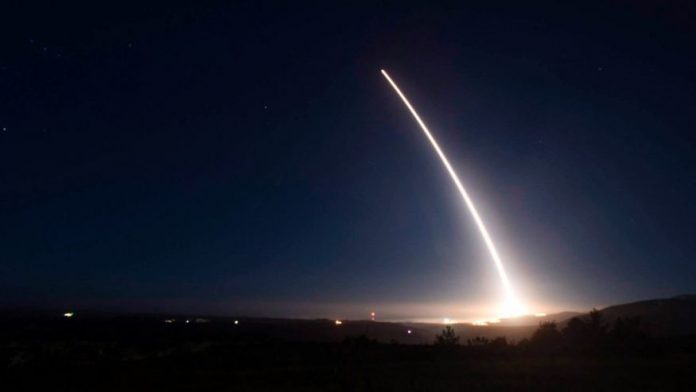 North Korea fired a missile on Friday in an unusual late-night test launch, and details from Japanese, South Korean and U.S. officials suggested it was an intercontinental ballistic missile (ICBM).

The launch from North Korea’s northern Jangang province took place at 11:41 p.m. (1441 GMT), an official at South Korea’s Office of the Joint Chiefs of Staff said.

“As a result of their launches of ICBM-level missiles, this clearly shows the threat to our nation’s safety is severe and real,” Japanese Prime Minister Shinzo Abe said.

The European Union called the launch “an outright violation” of international obligations and a “serious threat” to international peace and security, and urged North Korea to engage in dialogue to pursue denuclearisation of the Korean peninsula.

The data on the trajectory indicate the missile was fired at a sharply lofted angle but packed more power than a missile launched earlier this month that U.S and South Korean officials said was an intercontinental ballistic missile (ICBM), potentially capable of hitting the U.S. mainland.