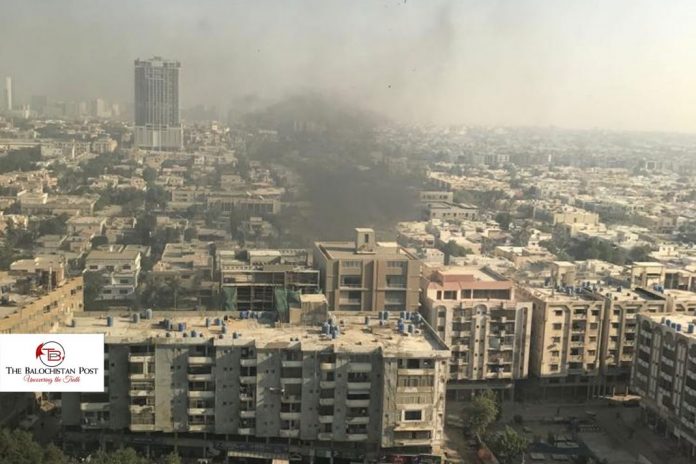 According to the details, In a report on today’s attack on Chinese consulate in Karachi by Baloch insurgents, America’s influential newspaper, New York Times, reported that the attack was the most significant attack on Chinese interests in the region.

“The road corridor being built through Baluchistan, which is also rich in natural resources, is one of the most strategic projects associated with the Belt and Road Initiative. Its stated purpose is to greatly reduce shipping costs and time for Chinese goods, but it would also give China an important alternative if faced with naval blockades by the United States or its Asian allies”, reported NY Times

“In a video sent to an Indian news service in March, Aslam Baloch, a senior commander of the Baluchistan Liberation Army, accused China and Pakistan of plundering resources in Baluchistan, which his group wants to turn into an independent state”, further read the report

“The investment in Pakistan led to an increase in the number of Chinese citizens in the country, and concern grew for the foreigners’ safety. In 2017, two Chinese citizens were abducted and killed in Quetta, in Baluchistan. The Islamic State claimed credit for that attack”, NY Times.

“The Baluchistan Liberation Army claimed responsibility for an attack in August on a bus carrying Chinese mining workers in southwestern Pakistan, near the country’s borders with Afghanistan and Iran. The suicide bomber died and the workers were slightly injured”, read NY Times report.

“China is also starting to come under scrutiny from some public figures in Pakistan for its treatment of ethnic Uighur Muslims in China’s Xinjiang region”, concluded the NY Times report.