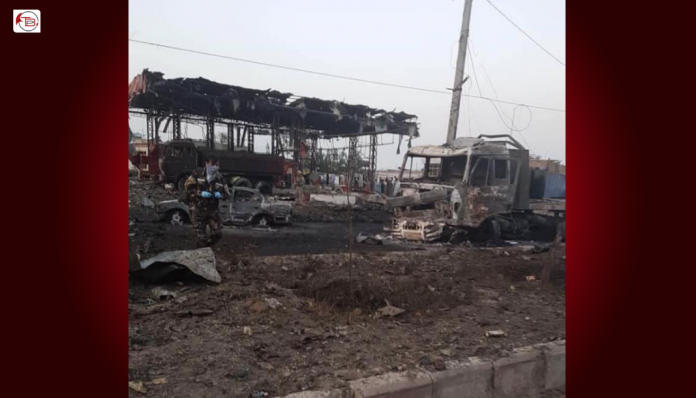 A deadly bomb attack killed at least 16 and wounded more than 120 people in Kabul city of Afghanistan on Monday.

According to details received, mostly civilians were wounded in the truck bomb attack. Taliban has claimed the responsibility of the attack.

The attack targeted Green Village compound, a residential area for foreign nationals and offices, a spokesman for the Ministry of Interior, Nusrat Rahimi, said.

The blast occurred at around 9:55 pm Kabul time. A fuel station in the area caught fire in the explosion, he said.

Mr. Rahimi said that five attackers were involved in the attack who were killed after Special Forces entered the area.

At least 400 foreign nationals were rescued from the area by police, he added.

According to locals the blast was huge enough to be heard in different parts of the city.

The Green Village compound was targeted by a truck bomb explosion back in January in which four people were killed and 90 others were wounded, reported ToloNews.