Home News US to take tougher line with Pakistan, Baloch willing to support 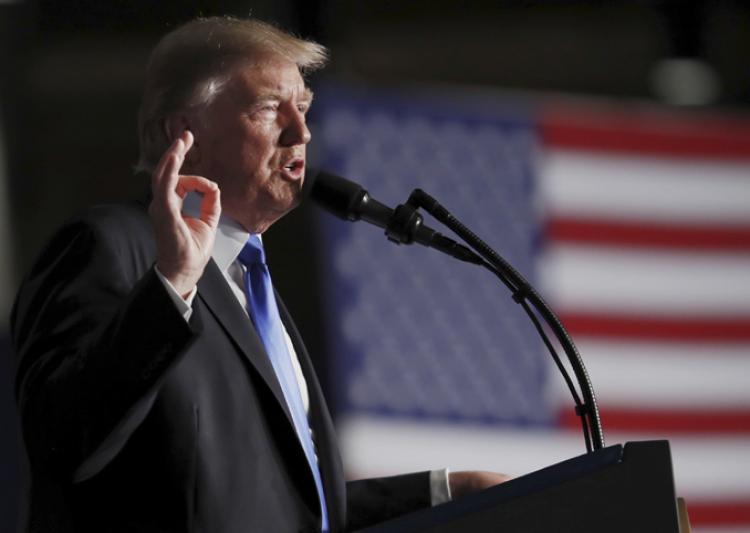 In a televised address to troops at Fort Myer in Virginia, US President Mr. Trump laid out a new strategy for Afghanistan that, analysts say, could put an end to Pakistan’s double game in the region.

Pakistan, which has allowed the Taliban and extremist groups to maintain sanctuaries on territories it controls, was awarded major non-Nato ally status in 2004. However, since then it has been accused by both Afghan and US officials of playing a double game in the region.

Mr. Trump vowed that US will stop the resurgence of safe havens in Pakistan that enable terrorists to threaten America. “We must prevent nuclear weapons and materials from coming into the hands of terrorists and being used against us, or anywhere in the world,” Mr. Trump said referring to Pakistan’s nuclear arsenal.

The US President said that US can no longer be silent about Pakistan’s safe havens for terrorist organisations. Afghan and US officials have accused Pakistan of harbouring the notorious Quetta Shura in Balochistan’s capital city. Quetta Shura that steers the current hardline Taliban movement is comprised of veterans of the Taliban regime that ruled Afghanistan in late 1990s.

“We have been paying Pakistan billions and billions of dollars at the same time they are housing the very terrorists that we are fighting,” Mr. Trump said in his speech.

Pakistan receives large sums in development and military funds from US. It was once the third-largest recipient of US foreign assistance and received more than 3.5 billion dollars just in 2011. However, in recent years the military aid has been shrinking down due to US deeming Pakistan as not doing enough to tackle terrorism. US refused to pay $350m in military aid to Pakistan in July this year.

Mr. President vowed that US policy regarding Pakistan will have to change immediately. He said that no partnership can survive with a country that harbours militants and terrorists.

Analysts believe Mr. Trump’s intentions are not just rhetorical and stern actions against Pakistan could be seen in near future.

The Balochistan Post (TBP) spoke to defence analyst and veteran of Afghanistan, retired Colonel Lawrence Sellin about Trump’s speech and actions that could be taken following it. He told TBP that Pakistan was the most important topic in recent internal debate with General Nicholson in White House over Trump’s new Afghan policy.

“According to unnamed sources within the White House, the amount of pressure to be put on Pakistan was the most contentious issue during the recent internal debate over a new Trump Administration Afghanistan policy with General Nicholson, the commander in Afghanistan requesting strong measures be taken against the safe havens in Pakistan. That internal debate will continue and affect when and what measures will be taken,” Mr. Sellin told TBP correspondent.

Replying to a question about actions that could be taken by Trump administration, Mr. Sellin said that the measures can include economic, diplomatic and military actions. “Terrorists are operating openly in the Federally Administered Tribal Areas (FATA) and Balochistan, which can be targeted militarily,” he added.

Upon being asked whether the new policy statement would be just another rhetoric similar to Obama administration’s policies, Mr. Sellin said, “I suspect we will see more done than was done during the Obama Administration. So, I do not think it was rhetorical. Whether the steps taken against Pakistan are enough to change the course of the conflict remains to be seen.”

This was also echoed by a senior leader of one of the largest political organisations of Balochistan. Mr. Hammal Haidar, the International Representative and Foreign Spokesman of Baloch National Movement, while speaking to TBP, said, “I think Trump administration is truly concerned about Pakistan’s dubious role in the war on terror. They have realised that peace in the region, specially in Afghanistan, is not possible unless Pakistan is dealt accordingly. After 9/11 this is the first time that an American president is openly accusing Pakistan for supporting Islamic terrorists. I don’t think what Trump said about Pakistan is just rhetoric.”

Killing two birds with one stone

Mr. Haidar’s organisation has previously accused Pakistan of using these religious terrorist organisations not just against US troops in Afghanistan but also to counter the secular freedom struggle of Balochistan.

“Pakistan has created a new religious militant infrastructure in Balochistan where different religious groups armed with sophisticated military technology are working closely with Pakistani forces,” said Mr. Haidar. “Pakistani version of ISIS, which is very active in Mastung, Khuzdar and Awaran is a prime example”, he added while talking exclusively to TBP.

The Balochistan Post also spoke to a senior commander and spokesman of Baloch Liberation Army, Meerak Baloch, about Pakistan’s role in the region. He told our correspondent that Pakistan’s interference in Afghanistan’s internal issues are not hidden. “Pakistan has always used religion to further its military designs. It has been using the same policy from Bangladesh to Afghanistan. Pakistan has always acted as a nursery for religious terrorism, Mr. Baloch said.

Meerak Baloch, whose organisation was first to initiate the current armed struggle in Balochistan, told TBP that Pakistan is supporting religious terrorists to occupy Afghanistan. 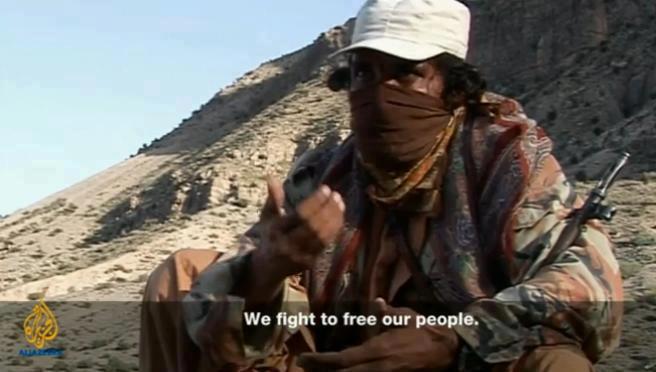 Retired US colonel Lawrence Sellin, who is also IT command and control subject matter expert, told TBP that the terrorists that Pakistan harbour not only kill innocent Afghans, but also suppress legitimate self-determination, in particular, among the Baloch people.

This was seconded by Mr. Meerak Baloch who said that Pakistani forces are trying to counter Baloch national struggle by promoting Jihadi policies in Balochistan.

Mr. Sellin said that US, NATO and UN should consider intervention in Balochistan as Pakistani government reportedly engages in extra-judicial killing, which rises to the level of human rights violations.

Mr. Sellin told our correspondent that US should consider supporting secular Baloch to counter Islamic extremism in the region. “It is also in the interest of Russia, China and India to do the same, all of whom are threatened by Islamic extremism,” he added.

We asked Mr. Meerak Baloch if they would accept support by US and western countries to counter religious terrorism. He said, “If the US really wants to eliminate terrorism in the region then along with aiding secular forces in Afghanistan they should also support Baloch pro-freedom forces. Only a natural alliance with Baloch forces can defeat Pakistan’s evil designs.”

Mr. Hammal Haidar of BNM also shared similar views and said that working with Baloch forces will be in the best interest of the US and western world. “US and western countries should support Baloch forces to fight Pakistan and its religious fanatics in order to bring permanent peace in the region and beyond,” he said