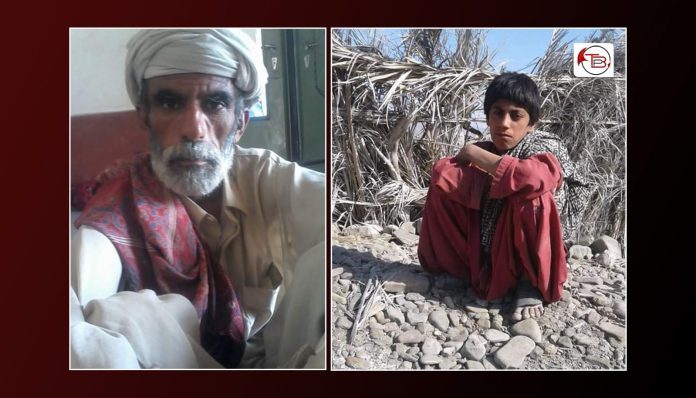 According to media reports, Pakistani forces and intelligence agencies raided a house in Sangabad area of district Kech and arrested an old man along with his young son and moved them to an unknown location.

It is to mention that Miran s/o Sardo and his son Alip were abducted on November 18, 2019. News of their arrest could not be reported due to the lack of communication sources in the area.

The problem of missing persons in  Balochistan is becoming severe day by day and victim families are protesting all over the Balochistan, besides the VBPM’s continuous protest for more than a decade in front of Quetta Press Club.

In another news, addressing a press conference at the Turbat Press Club on Wednesday, a Baloch mother, Noorjahan Qaomi expressed her concerns over the army raids on her house.

She said that Pakistani forces raid to my house every day and ask about my daughter Sohaila Qaomi and my sons.

“My children have done nothing wrong and we have nothing to do with any of the armed and political organizations. My sons are working abroad, so raiding my house every day and torturing me and my children should to be stopped” she said.

She appealed the Chief Minister and Commissioner Makran to provide them security by taking notice of the issue.

Noorjahan’s daughter, Sohaila said in her statement that government officials have been harassing me for the past several days and raiding my house repeatedly to inquire about me is causing tension and trauma to my elderly mother.

Sohaila further said “I am not affiliated with any political or militant group and I appeal to the Chief Justice of Balochistan, Commissioner Makran, Deputy Commissioner Kech, Human Rights Comission and other related government agencies to take action on harassing an innocent woman and protect me.