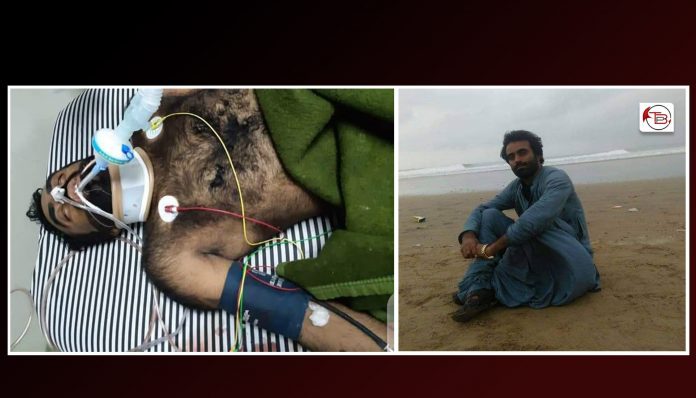 Levies personnel allegedly shot killed a man for not paying them money.

According to details, Asif Sajdi, son of Dr. Allah Dad Sajdi, was driving to Karachi from Turbat city of Balochistan. He was stopped on a levies check post for extortion money. Asif paid 1000 rupees instead of demanded money and left. Levies forces opened fire on his vehicle which killed the young man.

As per the reports, Levies and Police are involved in extortion in various cities of Balochistan. Forces demand money from vehicle owners passing their check posts. Videos of such incidents have also been surfaced on media.

In other cities including Quetta, the capital city, multiple incidents of civilian violence by Eagle Force and police have been reported.