Two dead bodies discovered from Mastung and Chagai, 4 persons were abducted from Gwadar and Turbat areas of Balochistan.

According to details received by TBP, a dead body discovered from Wali Khan Levies station in district Mastung of Balochistan on Friday. 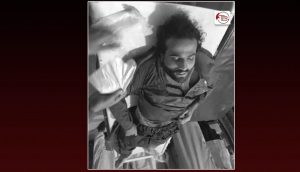 As per the reports, Siraj was shot killed.

Another dead body was found in Pad-Gyaban area of Chagai district.

The body was identified as, Agha Mohammed s/o Ghulam Qambarzai, who was missing for more than a month.

In another news, four persons were forcefully abducted reportedly by Pakistan army from District Kech and Gwadar, on Thursday evening.

According to details, security forces and intelligence services whisked away two young men from Dasht-Sholi area of Gwadar.

The youngsters were abducted while repairing their car in a garage.

Another student named Arif s/o Khaliq Dad is still missing, who was abducted by Pakistani forces from from Kech district on 15 July this year.