Rights group Baloch Human Rights Organisation has said that in the month of April, fifty-nine persons were forcibly disappeared by security forces from Awaran, Kech, Gwadar, Lasbela, Panjgur districts of Balochistan. Forty people were killed in April including victims of Hazar Ganji bomb blast which left twenty dead and 48 wounded.

Majority of the districts in Balochistan remained inaccessible.

In another incident on 06 April, a fourteen years old boy, Samir Nasrullah Notezai was abducted by unknown armed persons, driving a Vigo car, from Faisal Colony, Dalbandin. On the other hand, Pakistani security forces and personnel of intelligence agency whisked away Asfandyar s/o Abdul Karim from Nushki, Balochistan on the same day. 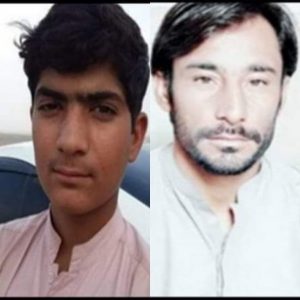 On 18 April, security forces raided the house of Dilmurad Dur Mohammad in Rais Goth, Karachi and forcibly disappeared his three sons, Hanif, Hafiz and Hamid. On the same night, forces raided the house of Mohammad Ayoub in Hub Chowki and whisked away his sons, Parvez Jumma, Zakir, Altaf and Bahadur. Their whereabouts are still unknown. All of the abductees are residents of Awaran, Balochistan and migrated from Awaran few years ago because of the ongoing military offences in the area. 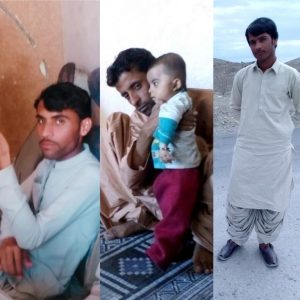 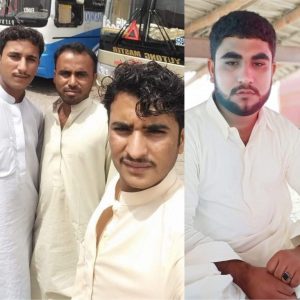 Five mutilated bodies were found in different areas of Balochistan during the month of April. two women were killed in honor killing, ten persons were killed in target killing and encounter between armed forces and separatist groups. 20 civilians lost their lives in a bomb attack on Hazara community in Quetta, Balochistan on April 12. ISIS claimed responsibility of the bomb attack.

On April 25, Hazoor Jatt’s bullet riddled body was found dumped. He was arrested by security forces on April 22 from Notal, district Naseerabad.

Abductions, extra judicial killings have been going on in Balochistan since early 2000’s, when the central government started to suppress the voice of indigenous people of Balochistan on rights on their land and resources. Thousands have gone missing since then, hundreds of missing persons were found dead later.

The Balochistan High Court has temporarily allowed the Hindu community and other religious minorities of Gwadar to...
Read more
Balochistan

The intelligence agencies of the United Arab Emirates reportedly abducted Abdul Hafeez during a raid on his house in the early hours...
Read more
Balochistan

Pakistani security forces were targeted in an attack in the Dasht area of district Kech on Monday. The forces were surrounded by...
Read more
Balochistan