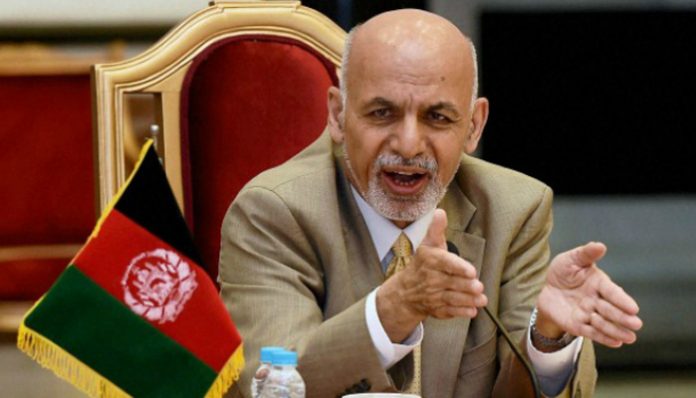 Afghanistan’s president Ashraf Ghani on Thursday in a statement said that Afghan government had serious concerns about the violence perpetrated against peaceful protestors and civil activists in Pakistan’s Khyber Pakhtunkhwa and Balochistan provinces.

“We believe it is the moral responsibility of every government to support civil activities that take a stand against the terrorism and extremism that plagues and threatens our region and collective security. Otherwise there could be long-standing negative consequences,” Ghani tweeted in reference to the recent waves of civil protests in Pakistan’s Khyber Pakhtunkhwa and Balochistan provinces.

“We reject the tweet by President Ashraf Ghani. Such irresponsible statements are only gross interference. Afghan leadership needs to focus on long-standing serious grievances of the Afghan people,” Qureshi tweeted.

According to Reuters, the arrests of 19 ethnic Pashtun activists in Pakistan this week has fueled fears of a fresh crackdown on the civil rights movement in the country.

Amnesty International meanwhile also weighed in and said Pakistani authorities must immediately and unconditionally release protestors belonging to the Pashtun Tahaffuz Movement (PTM) who have been arbitrarily detained.

This comes after human rights groups said at least 19 people were arrested from cities across Pakistan on Tuesday as the PTM marked a global day of peaceful protests calling for an end to discrimination against Pashtuns in Pakistan and for an end to enforced disappearances, extrajudicial executions and other human rights violations.

Amnesty International also called on the Pakistani authorities to investigate the killing of activist Arman Luni, who was allegedly the subject of an extrajudicial execution. The organization also call on Islamabad to disclose the whereabouts of the well-known human rights defender Gulalai Ismail, who they say may have been subjected to an enforced disappearance.

“These protestors must be released immediately and unconditionally. They are prisoners of conscience and have done nothing but exercise their peaceful and lawful right to protest against human rights violations and call for end to them,” said Rabia Mehmood, South Asia Researcher at Amnesty International.

Pakistan’s powerful military intelligence agency – Inter-Services Intelligence (ISI) – has been accused of enforced disappearances of Baloch separatists and Pashtuns who have protested against what they say is systematic discrimination against them.