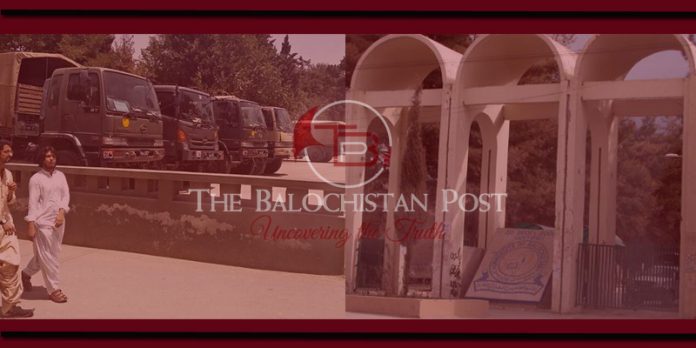 Balochistan is one of the worst war-torn regions of South Asia where war between “Baloch freedom fighters” and Pakistani army has continued for last six decades. This has affected every aspect of life including the educational system in Balochistan. The number of schools in Balochistan has already been very less and this has plummeted even further due to the volatile conditions. Many schools in remote areas of Balochistan have been converted into military checkpoints, which has made the opportunities for children under 16 years of age to avail education almost extinct. The state of colleges and universities is even worse. The reasons behind the worsening situation of education are not limited to war only. The negligence and corruption at state level also plays a major role.

According to education officials, the number of children aged 5 to 16 years in Balochistan is about 3.4 million out of which only 1.1 million children are enrolled in schools, whereas, a whopping 2.3 million kids lack any kind of education facilities. Furthermore, out of 1.1 million many are enrolled in ghost schools which only exist on papers. The literacy rate in Balochistan in the lowest in the region at only 26%. Balochistan also has a very low number of universities and majority of these are located in Quetta, the capital of Balochistan. The condition of these universities is another story altogether.

The largest university is UOB, where the students have been observing a continuous hunger strike for last three months. They allege that the university has been converted into a military cantonment. Paramilitary forces have been deployed all across the university who continuously keep an eye on students and stop and search them for no reason. During the last few years, scores of students from UOB have been forcibly disappeared by State forces from the university premises and their tortured dead bodies have been discovered later. This depicts the true picture of educational conditions in Balochistan.

Apart from this, protests have also been observed against increasing tuition fees, absence of adequate number of teachers and lack of facilities in the university. Instead of listening to the valid demands of students, few days ago the Vice Chancellor of UOB ordered Police to arrest the students protesting against these conditions. Many of the students are still detained in jails.

Due to these conditions, many of the students refrain from even going to the university which indicates further worsening of the condition in future.