It took nineteen-year-old Fauzia Lehri months to convince her brothers and parents to get permission to become a lady health worker (LHW). They finally submitted to her stubbornness and she joined Balochistan government’s Basic Health Unit. in her third month of the job she was very excited to go on her first Polio Vaccination Campaign. But the excitement did not last long, she was spat at on the very first day of campaign. Later in the week, a dog was deliberately let loose behind them in Burma hotel Quetta.

However, Fauzia was luckier than her other colleagues in Balochistan, where several polio workers have been gunned down in last few years. Nasreen Bibi was one of them. The 35-year-old LHV was killed in Chaman, earlier this year. Her colleague Rashida sustained serious injuries in the attack.

It baffles minds why women, who are rarely harmed in the region, would be killed or harassed for the only crime of administering vaccines to save children from a disease that can cripple and even kill in some cases? Why would parents choose the risk of raising a disabled child in a region where such children are considered lesser humans? Why would they refuse vaccines that are totally harmless?

It appears a malicious propaganda campaign is to blame.

In Pakistan, Polio is making a comeback. The number of children diagnosed with the virus in first eight months of 2019 is 500% more than the whole of last year. The figures have witnessed an increasing trend since 2014. Majority of polio cases have been logged in Khyber Pakhtunkhwa and Balochistan.

Currently Pakistan is the one of the only two countries in the world where Polio is still categorised as an endemic viral infection, the other being Afghanistan. However, the cases reported in Afghanistan in 2019 were five times less than those in Pakistan in the same period.

Balochistan is generally a victim of sheer administrative incompetence, however, it is not the government to be blamed in polio cases. Different donors’ agencies and UAE government have invested billions to eliminate polio in the region. Scores of anti-Polio drives are launched every year; however, the disease continues to cripple children at an alarming rate. 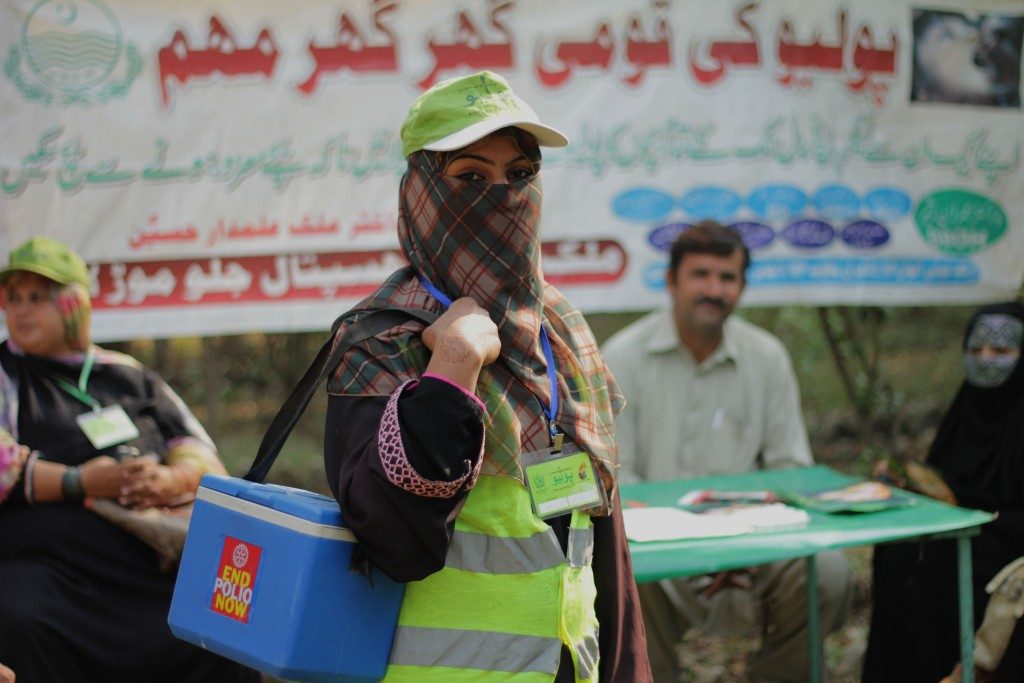 The major factor to blame is a systematic and sustained anti-vaccination propaganda campaign by some religious clerics called Mullahs. These hardliner Mullahs claim that immunisation programmes are a cover for western spies and a foreign agenda to seed infertility in Muslim children.

Such religious clerics use loudspeakers during Friday prayers to preach against polio vaccines and the organisations that drive polio campaigns. Many fatwas (religious decrees) have been issued claiming that the vaccines contain haram (forbidden) ingredients.

Vaccination workers are also portrayed as foreign agents in disguise. This propaganda was granted great deal of stimuli after Dr Shakil Afridi allegedly helped CIA track Bin Laden by running an unauthorised vaccination program. The unfortunate incident created a backlash and since then polio workers are accused of being US workers and have been attacked and killed in great numbers.

According to government figures, nearly 2 million households have refused vaccination since April 2019. This was result of a propaganda campaign after a number of students of a village school were taken to a hospital in Peshawar with complaints of drug reaction during a polio campaign. After investigation it was found that none of the children were in fact vaccinated and the whole incident was a staged propaganda. However, it achieved its intended results and since then polio campaigners have been facing severe resistance from parents. These households have turned crafty and they have been getting hold of special markers, used by health workers to put coloured spot on fingers of children who have been vaccinated.

Another disturbing issue reported from Balochistan is alleged use of polio campaigns by intelligence agencies to gather data in remote areas. This has deepened the mistrust between parents and genuine polio workers. The households now fear that their data might be misused. This practice needs to be immediately stopped.

World Health Organisation has time and again categorically negated any claims that suggest polio vaccines are harmful. The vaccines are very safe and have extremely small risk of side effects. However, the whole religious propaganda can only be neutralised by re-appropriation through religious lens. Earlier this month the Islamic Advisory Group for Polio Eradication in Cairo also expressed concerns over the persistence of polio cases in Pakistan. The group called upon parents to immunise their children against polio for the health of their offspring as guided by the teachings of Islam. It is very important to conduct awareness campaigns to educate the public about the importance of polio vaccines. The services of religious leaders who are proponents of polio vaccinations should be taken in such campaigns.

Similarly, Baloch political organisations also have a role to play. It is high time the outdated religious propaganda is countered, and awareness campaigns are supported by Baloch political parties so that the future generations of Balochistan enjoy a safe and healthy life.

A religious leader is among the five men allegedly picked up by the Pakistani security forces from...
Read more
Balochistan

Protests have been raging in Balochistan’s district Harnai for the past two days against the alleged killing of a Pashtun activist by...
Read more
Balochistan

Heavy rains and floods continued to lash many parts of Balochistan on Saturday. While, floods swept away 12 people in a tractor...
Read more
Balochistan