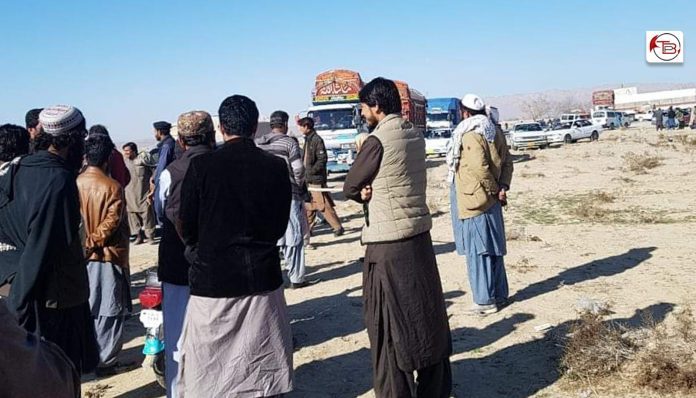 After a drastic fall in utility gas pressure in intense cold weather, residents of Mastung city blocked the National Highway in protest against the government.

According to details received by TBP, residents including a large number of women and children in the Kanak area of ​​Mastung launched a sit-in protest on main highway, which suspended traffic on the RCD highway and resulted in long queues of vehicles.

Travelers are experiencing difficulties due to the Kanak protests, none of district administration representatives met the protesters until the latest information.

With the onset of winter, complaints of reduction in gas pressure in various areas of Balochistan are being reported.

In midst of last month, citizens of Quetta, the capital city, also took to the streets and blocked traffic in protest, and threatened to surround the Sui Southern Gas Company office as a last resort if their grievance was not addressed.

Sui gas field is the biggest natural gas field used in all over Pakistan. It is located near Sui in Balochistan Province but only few cities of Balochistan have the facility and in other parts of the region people still use woods for their daily life requirements.

Baloch nationalists claim that state of Pakistan is exploiting their natural wealth, such as natural gas, coal mines and one of the largest gold mines in the world but the local Baloch people are deprived of their basic rights and facilities.

The SUI Gas pipelines repeatedly get attacked by the Baloch militants as a gesture of resistance against the state. As a protective measure, Pakistan’s Chief of Army Staff had ordered that Frontier Corps (FC) will take charge of Sui gas fields.