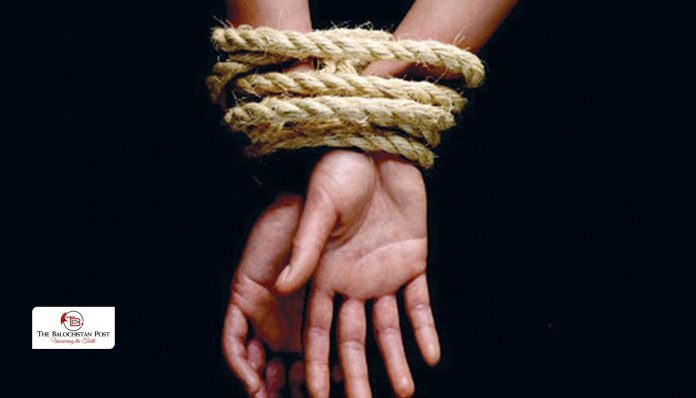 Six persons of Bugti tribe, including women and children were arrested by Pakistani security forces and moved to an undisclosed location.

According to details received by TBP, there is a child and three women among six of abductees. Pakistani forces and personnel of intelligence agencies detained them on Hazarganji bus stop in Quetta.

Family of the victims has appealed to high authorities, social and political parties to play their role in safe release of abductees, women in particular.