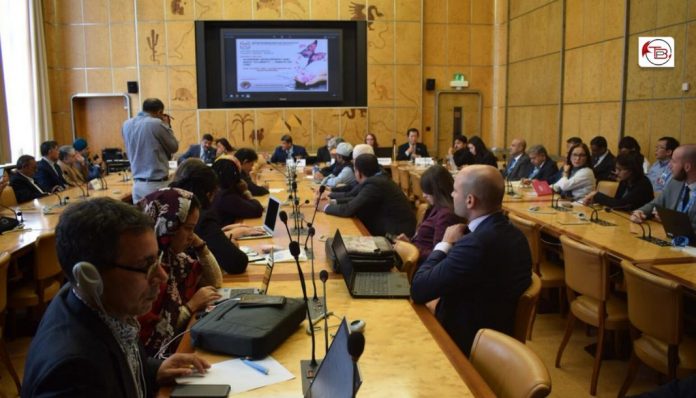 Demonstration and seminar in Geneva by BVA, to raise awareness of human rights violations in Balochistan.

According to a TBP reporter, on September 17, in front of the Broken Chair a demonstration was held by the Baloch Voice Association (BVA) condemning the human rights abuses and rape of Baloch women in various areas of Balochistan.

Munir Mengal, the president of the Baloch Voice Association, told the European people, including Pashtuns, Sindhis and Kashmiris, who participated in the demonstration that “the Pakistani army has been subjecting people to the worst mass executions in Jhao area of Balochistan, since last week.

Hundreds of people have been shifted to detention camps and torture cells in recent wave of operations for the past four days, where they are being tortured horribly. Those who have been released so far, are in critical conditions, mentally and physically.

Munir Mengal further stated that it is the time that we should raise the voice of the Baloch nation in all civilized institutions including UNO, so that the oppressed nations in the region could survive the humanitarian crisis.

Baloch Voice Association also organized a seminar in the 42nd UN Human Rights Session in Geneva, on the topic of CPEC and its impact on Balochistan. Seminar was addressed by the panels from various countries.

BVA president said, due the Pak-China Partnership project, locals are suffering from many problems including forceful eviction by the state. It’s yesterday’s news that the authorities ordered a whole village to evict. It is proof that if this project was successful then Baloch will lose its identity and convert into the minority in their own land.

At the seminar, the South Asian expert and analyst, Colonel Fujiki said that the Baloch people would have to stop the project that was created by the Pak-China Partnership because when the project was successful, the Baloch page would disappear.