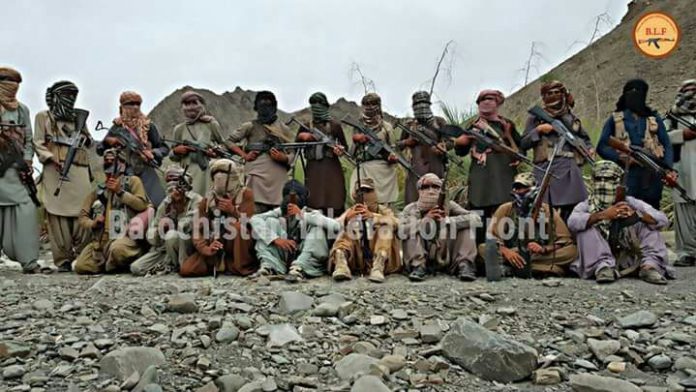 Armed men ambushed a convoy of a rival militia group when the later was on their way for Eid prayers.

According to the TBP correspondent, an armed group, which Balochistan Liberation Front’s spokesperson claimed were their men, ambushed a convoy of a rival militia when they were on their way for Eid prayers.

As a result of the ambush, three militants of the militia were killed on the spot.

The incident took place in Tehsil Naag of Washuk district, which is considered as a host town for private militias, allegedly supported by the military establishment against insurgent groups.

In a message to media groups, Major Gohram Baloch, the spokesperson for Balochistan Liberation Front, claimed the responsibility for killing the three members of the alleged militia group.