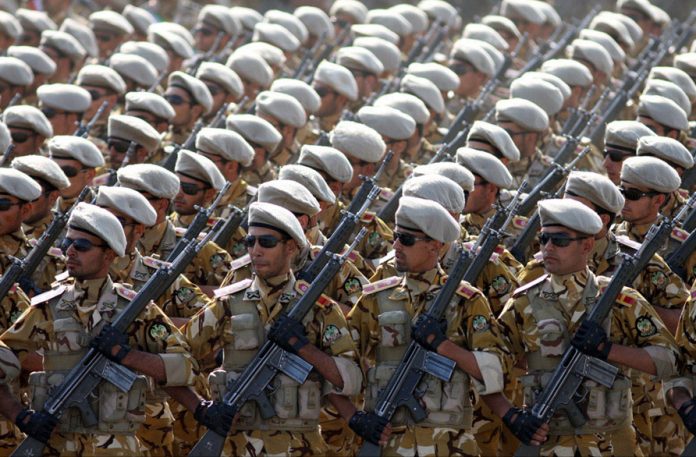 A suicide bombing hit a bus carrying members of the Iranian military’s elite Revolutionary Guards in the southeastern Iranian province of Sistan Baluchistan, killing 30 people and wounding 10, according to the semi-official Fars News Agency.
The explosion struck the vehicle on a desert road near Iran’s volatile border with Pakistan and Afghanistan.
The Jaish al-Adl armed group claimed responsibility for the attack, according to Fars.
The Guard issued a statement confirming the attack. It said the troops were returning from the border.
“In this suicide attack a car filled with explosives blew up beside a bus carrying a unit of the Guard ground forces causing the martyrdom and wounding of a number of the protectors of our Islamic homeland’s border,” it said.
The attack came two days after Iran marked the 40th anniversary of the Islamic Revolution.