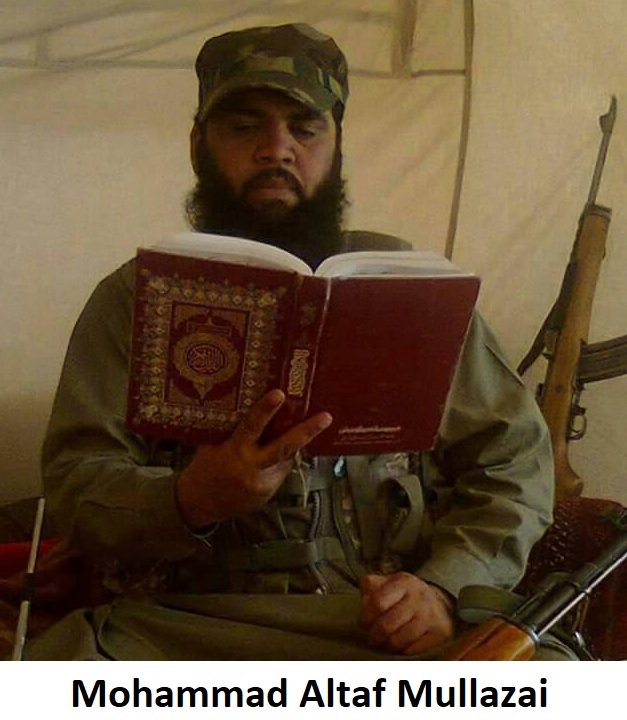 The United States, NATO and the Afghan government should not be trying to bring the Taliban to the negotiating table, but Pakistan.

Located about 100 kilometers from the Afghanistan border in Kharan, Balochistan is one of the hundreds of outposts of Pakistan’s permanent jihadi network.

Far lesser known than al-Qaeda and the Islamic State, but considered by many to be far more dangerous, Jamaat-ud-Dawa (JuD) is Pakistan’s favorite Islamo-nationalist jihadist group.

JuD, which the United Nations say is a front for banned militant group Lashkar-e-Taiba (LeT), was originally a Punjabi-dominated organization, but, with the help of the Pakistani military expanded into Balochistan and Sindh provinces as a Islamo-nationalist tool to suppress ethnic separatism.

According to South Asia expert Arif Jamal, JuD is a bigger threat than al-Qaeda or the Islamic State because:

“JuD was conceived and created as an organization that can run a modern state. That is why JuD placed equal stress on recruiting its members from all professions and gives training to its members in all fields of statecraft. Unlike al-Qaeda and ISIS, JuD members come from or have penetrated all government departments, from the Pakistani military down to municipal councils. Unlike al-Qaeda and ISIS, JuD is capable of reinventing itself and surviving.”

JuD is said to be operating under different names in 50 countries and reportedly has over 500,000 members in Pakistan, making it bigger than all other Pakistani jihadist groups combined.

The terrorist group LeT, which is linked to the Pakistani intelligence service the ISIS, is better known, but in actuality, LeT can be considered one of the JuD departments, whose specific mandate is to wage jihad in the Indian Kashmir. Another JuD element, known as “International Affairs Department,” under Abdur Rehman Makki, is responsible for global jihadist activities. Arif Jamal has argued that the 2008 Mumbai terrorist attacks were a joint operation by the LeT and the JuD’s International Affairs Department.

As an indication of its official clout, after the 2013 Awaran earthquake, the Pakistani government barred UN agencies from carrying out relief activities, but allowed in 2,000 JuD volunteers to provide relief and recruit jihadis in close coordination with Pakistan’s civilian administration and soldiers.

According to local sources, the Kharan district chief of JuD and LeT is Mohammad Altaf Mullazai. He has five brothers and three sisters. Altaf is the eldest son of his father, Haji Saleh Mohammad Mullazai. Altaf’s permanent residence is in Wapda Mohalla of Kharan, but he now spends most of his time in Quetta. Altaf’s brother, Saleem Mullazai, fought with the Taliban in Afghanistan.

Altaf’s cousin Waseem is now in operational control of jihadi activities in the Kharan region, representing JuD and making frequent visits to the Pakistan Army base in Quetta. He uses a black Honda motorcycle and carries a 9mm pistol.

Mohammad Altaf Mullazai’s associate, Shafiq Mengal is now, according to security officials in Quetta, leader of the Islamic State in Pakistan.

As reported earlier, Shafiq Mengal is the son of former Pakistan state minister for petroleum and Balochistan’s caretaker chief minister, Naseer Mengal. He comes from an influential and educated family, dropped out from Aitchison College in Lahore, and later attended an extremist Sunni-Deobandi theological school.

In 2008, Shafiq Mengal organized a pro-government tribal militia known as the Baloch Musallah Difaee Tanzeem, which was considered a pawn of Pakistan’s intelligence agency, the ISI, and enjoyed the confidence of the local Pakistani Army Frontier Corps.  The Pakistani authorities saw it as being in the vanguard of the fight against Balochistan independence insurgents. Mengals’s group soon degenerated into a local death squad, killing people for political as well as non-political, tribal or personal reasons.

In the wake of the Pakistani government crackdown on al-Qaeda, the Pakistani Taliban and related domestic terrorist groups, Shafiq Mengal took advantage of the power vacuum created in LeJ to become one of the leading lights of the LeJ splinter group, Lashkar-e-Jhangvi al-Alami (LeJ-A), which has claimed responsibility for several bloody atrocities in Balochistan in the past year.

Another presumed link in the permanent Pakistani jihadi network is located farther west in the Kech district of Balochistan, where Lashkar-e-Khorasan, a self-proclaimed Islamic State affiliate, is an apparent important player in an opium-trafficking region with active Taliban recruiting centers.

The take-home message for the Trump Administration is that the Taliban represents only the tip of the Pakistani jihadi iceberg.

The U.S. cannot achieve its stated objectives in Afghanistan under the current strategic conditions and should incorporate new tactics in a broader South Asia strategy addressing Pakistan’s proliferation of Islamo-nationalism.

Lawrence Sellin, Ph.D. is a retired colonel with 29 years of service in the US Army Reserve and a veteran of Afghanistan and Iraq. Colonel Sellin is the author of “Restoring the Republic: Arguments for a Second American Revolution “. He receives email at lawrence.sellin@gmail.com.