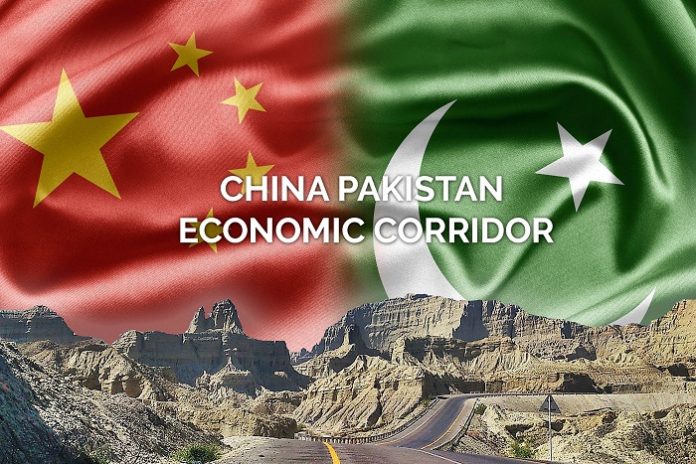 The China Pakistan Economic Corridor (CPEC) will take Pakistan back to a place it doesn’t want to be: knocking on the door of the IMF, as it did back in 2001. With a big difference this time around — the door may not be open.

CPEC will do a lot of great things for Pakistan and its genuine partner, China. For Pakistan, it’s a major infrastructure project which will help the country make a big step forward, from an emerging to a mature economy, creating a lot of jobs in the process.

For China, CPEC is the western route to the Middle East oil, and the riches of its ‘third continent,” Africa. It also serves Beijing’s strategic ambition to surround India, something that makes Pakistan a natural ally.

But it will do a few bad things for Pakistan, too. Like adding to Pakistan’s corruption, which keeps pushing the costs of the project higher by the day, making Pakistan more indebted to China.

That comes at a time when the country is already living beyond its means, as evidenced by persistent current account deficits, government debt, and external debt.

Pakistan recorded a Current Account deficit of 1.20 percent of the country’s GDP in 2016 fiscal year (July 2015 – June 2016), according to Tradingeconomics.com. In July – Dec 2016, the current account deficit was recorded at 2.2 percent of the country’s Gross Domestic Product. Current Account to GDP in Pakistan averaged -2.20 percent from 1980 until 2016.

Pakistan amassed a government debt equivalent to 66.50 percent of the country’s Gross Domestic Product in 2016. Government Debt to GDP in Pakistan averaged 69.39 percent from 1994 until 2016.

To be fair, none of these numbers paint a worrisome picture for Pakistan’s economy on their own. Except when they are taken in connection with two other numbers, foreign currency reserves and foreign capital flows.

Pakistan amassed a capital and financial account deficit of 989 USD Million in the first quarter of 2017. Capital Flows in Pakistan averaged -782.17 USD Million from 2011 until 2017.

Now, think of what will happen to these capital flows, as interest rates rise in the US, and you will see why taking on additional debt in projects like CEPC Pakistan is risking heading back to IMF — a not so friendly place for China’s allies these days.

Editorial Comments: Mr. Mourdoukoutas very finely analyzes the financial impacts of CPEC on Pakistan’s existing economic conditions and future acquisition of additional debts. However, the article fails to take into consideration the security situation in Balochistan, which is of paramount importance in any major investment in a foreign country. Gwadar, a port city in Balochistan and the main highlight of CPEC, has recently seen an increase in attacks on CPEC installations. Baloch fighters, who, as they claim, are struggling for outright independence of Balochistan from Pakistan, do not approve of CPEC and have continuously attacked installations linked to CPEC.

FWO, the Pakistan Army subordinate construction firm, and Chinese engineers have been attacked in Gwadar and adjoining areas in last few months by Baloch fighters. The deterioration in security situation is directly linked to increase in CPEC costs, which in turn means even more borrowing for Pakistan.