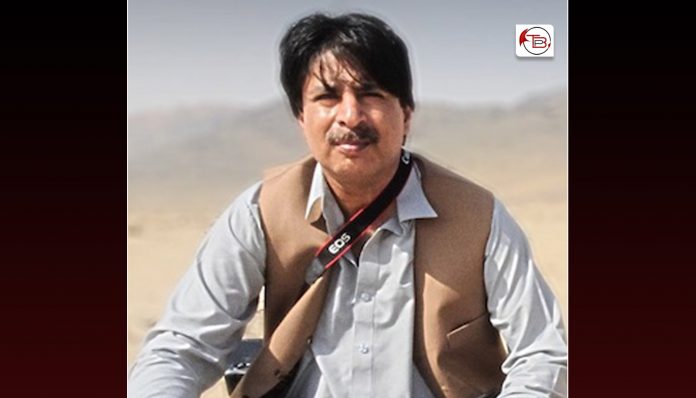 Baloch Pro-Independence leader Dr. Allah Nizar in his recent statement said that Baloch national movement for liberation, due to the collective struggle of the nation, has reached such heights that despite Pakistan´s horrendous aggression and naked crimes, it is now impossible for it to thwart the Baloch movement for liberation.

Dr. Allah Nizar said, “The true sons of the soil have given a right direction to the national struggle all the while enduring the brutal terrorism of Pakistan, thrust, hunger and the extreme weather; they proved it upon the world that they are the real face of this national struggle. We feel proud, on the fact that neither the atrocities nor the cruelties of the enemy or the negative policies of some of our friends, who used national struggle for some personal gains, could disappoint us. That is because the support of the Baloch nation, the sense of sacrifices in our youth, and the invincible determination for the desired destination provided us a level of energy that no power of the world can defeat.”

Dr. Allah Nizar Baloch stated, “The most difficult phase of our national struggle was when our enemy gathered all of its resources and invited its allied forces by cheaply bargaining our national resources to them to crush our national struggle. At this stage continuing the struggle was itself a sign of a conscious and a living nation. Today, the world has already acknowledged the fact that Pakistan in league with China has been engaged in carrying out unparalleled atrocities in Balochistan. In this hardest period, not only did the Baloch maintained their existence, but also overpowered all the imperialistic campaigns of the enemy. The military was forced to get out of their barracks and be deployed across Balochistan. This indicates the defeat of our enemy and is a sign of clear victory for us.”

Dr. Allah Nizar Baloch asserted, “This is a national struggle which goes on with the support and power of the people. Today, I want to make one thing clear that Pakistan created bloodshed to crush this movement, dishonored women, thousands of Baloch were put into torture cells, millions of families are displaced, thousands of Baloch are in exile, thus Baloch nation has paid a heavy price for getting this recognition. Whosoever betrayed the sacrifices of the Baloch nation and bargained the Baloch people’s blood for personal gains then the Baloch nation, history and Baloch national struggle will certainly bring them into accountability.”

Quetta: 1 brother killed, two others injured in a firing incident

Peshawar: 8 killed, over 100 wounded in a blast at madressah