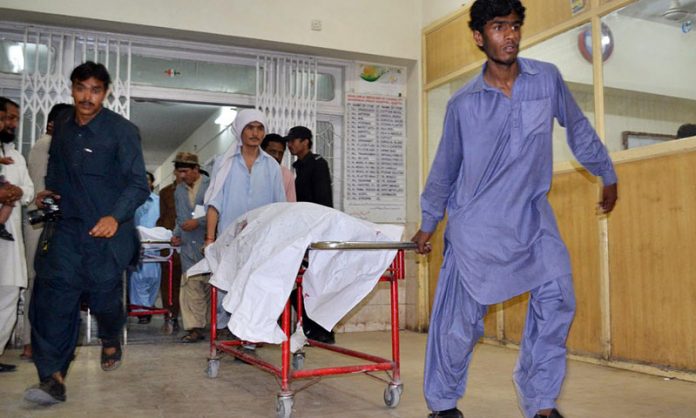 The vehicle carrying the victims was targeted in Kuchlak area of Balochistan.

According to details, unknown assailants opened fire on a Quetta bound vehicle near Kuchlak when it was waiting at a fuel station for re-fueling.

Two women along with three others were killed in this incident. All five belonged to Hazara community.

Hazara community has faced continuous attacks by religious militants in last two decades. The deadliest was in February 2013 when a water tanker, filled with explosives, exploded in the capital of Balochistan killing more than a hundred and injuring 200 others.