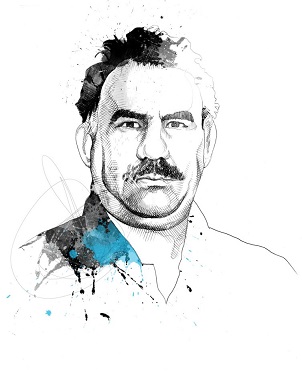 When the PKK was formed in the 1970s the international ideological and political climate was characterized by the bipolar world of the Cold War and the conflict between the socialist and the capitalist camps. The PKK was inspired at that time by the rise of decolonialization movements all over the world. In this context we tried to find our own way in agreement with the particular situation in our homeland. The PKK never regarded the Kurdish question as a mere problem of ethnicity or nationhood. Rather, we believed, it was the project of liberating the society and democratizing it. These aims increasingly determined our actions since the 1990s.

We also recognized a causal link between the Kurdish question and the global domination of the modern capitalist system. Without questioning and challenging this link a solution would not be possible. Otherwise we would only become involved in new dependencies.
So far, with a view to issues of ethnicity and nationhood like the Kurdish question, which have their roots deep in history and at the foundations of society, there seemed to be only one viable solution: the creation of a nation-state, which was the paradigm of the capitalist modernity at that time.

We did not believe, however, that any ready-made political blueprints would be able to sustainably improve the situation of the people in the Middle East. Had it not been nationalism and nation-states which had created so many problems in the Middle
East?

Let us therefore take a closer look at the historical background of this paradigm and see whether we can map a solution that avoids the trap of nationalism and fits the situation of the Middle East better.

With the sedentarization of people they began to form an idea of the area that they were living in, its extension and its boundaries, which were mostly determined by nature and features of the landscape. Clans and tribes that had settled in a certain area and lived there for a long period of time developed the notions of a common identity and of the homeland. The boundaries between what the tribes saw as their homelands were not yet borders. Commerce, culture or language were not restricted by the boundaries. Territorial borders remained flexible for a long time. Feudal structures prevailed almost everywhere and now and then dynastic monarchies or great multi-ethnic empires rose with continuously changing borders and many different languages and religious communities like the Roman Empire, the Austro-Hungarian Empire, the Ottoman Empire or the British Empire. They survived long periods of time and many political changes because their feudal basis enabled them to distribute power flexibly over a wide range of smaller secondary power centres.

With the appearance of the nation-state trade, commerce and finance pushed for political participation and subsequently added their power to the traditional state structures. The development of the nation-state at the beginning of the Industrial Revolution more than two hundred years ago went hand in hand with the unregulated accumulation of capital on the one hand and the unhindered exploitation of the fast growing population on the other hand. The new bourgeoisie which rose from this revolution wanted to take part in the political decisions and state structures. Capitalism, their new economic system, thus became an inherent component of the new nation-state. The nation-state needed the bourgeoisie and the power of the capital in order to replace the old feudal order and its ideology which rested on tribal structures and inherited rights by a new national ideology which united all tribes and clans under the roof of the nation. In this way, capitalism and nation-state became so closely linked to each other that neither could be imagined to exist without the other. As a consequence of this, exploitation was not only sanctioned by the state but even encouraged and facilitated.

But above all the nation-state must be thought as the maximum form of power. None of the other types of state have such a capacity of power. One of the main reasons for this is that the upper part of the middle-class has been linked to the process of monopolization in an ever-more increasing manner. The nation-state itself is the most developed complete monopoly. It is the most developed unity of monopolies such as trade, industrial, finance
and power. One should also think of ideological monopoly as an indivisible part of the power monopoly.

2. The State and its Religious Roots

The religious roots of the state have already been discussed in detail (A. Ocalan, The Roots of Civilisation, London, 2007). Many contemporary political concepts and notions have their origin in religious or theological concepts or structures. In fact, a closer look reveals that religion and divine imagination brought about the first social identities in history. They formed the ideological glue of many tribes and other pre-state communities and defined
their existence as communities.

Later, after state structures had already developed, the traditional links between state, power and society began to weaken. The sacred and divine ideas and practices which had been present at the origin of the community increasingly lost their meaning for the common identity and were, instead, transferred onto power structures like monarchs or dictators. The state and its power were derived from divine will and law and its ruler became king by the grace of God. They represented divine power on earth.

Today, most modern states call themselves secular, claiming that the old bonds between religion and state have been severed and that religion is no longer a part of the state. This is arguably only half the truth. Even if religious institutions or representatives of the clergy do no longer participate in political and social decision-making they still do influence these decisions to an extent just as they are influenced themselves by political or social ideas and developments. Therefore, secularism, or laicism as it is called in Turkey, still contains religious elements. The separation of state and religion is the result of a political decision. It did not come naturally. This is why even today power and state seem to be something given, god-given we might even say. Notions like secular state or secular power remain ambiguous.

The nation-state has also allocated a number of attributes which serve to replace older religiously rooted attributes like: nation, fatherland, national flag, national anthem, and many others. Particularly notions like the unity of state and nation serve to transcend the material political structures and are, as such, reminiscent of the pre-state unity with God. They have been put in the place of the divine.

When in former times a tribe subjugated another tribe its members had to worship the gods of the victors. We may arguably call this process a process of colonization, even assimilation. The nation-state is a centralized state with quasi-divine attributes that has completely disarmed the society and monopolizes the use of force.

The texts that form Democratic Confederalism brochure have been compiled from several of Öcalan’s books. Democratic confederalism, also known as Apoism or democratic federalism, is a libertarian socialist political system developed by Abdullah Öcalan based on the ideas of Murray Bookchin. The ideology is closely associated with the polity of Rojava, where it is the governing political system.

The Balochistan Post is publishing the brochure in parts for its readers.