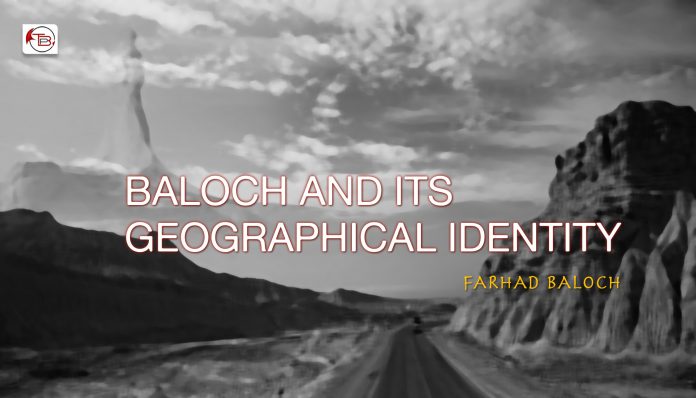 ‏Balochistan was occupied by Pakistan on 27 March 1948, Since the very day of occupation, Baloch are struggling for the
rights of self-determination and securing their independence from Pakistan.

There is a famous Balochi proverb:
‏“ A Baloch child may be born without socks but when he grows up, each step he takes is on gold”.

‏Balochistan is the biggest revenue generator for Pakistan, natural gas was discovered in the 1950s from Sui and the gas alone is saving 500 billion dollars for Pakistan because it has no other energy reserves.

‏According to Selig Harrison
‏“ If it were not for the strategic location of Balochistan and the potential of rich oil, gas, uranium and other mineral resources it would be difficult to imagine that anyone fighting for this bleak and forbidden land ”.

‏Baloch had fought many wars against foreigners to defend their land. During the period of the first Afghan war (1838-1842) Britain feared the rise of Tsar in Asia and to prevent their exploitative interest Britain set up the first buffer zone (Afghanistan).

‏And the second was Balochistan, after this forward policy of Britain, Balochistan was divided more, Up till 1903 because Balochistan had direct access to landlocked Afghanistan and this strategic location was quite easy for Britain to secure its interest in Asia and specifically in Indian territory.

‏Balochistan consists two-third of Pakistan’s coastal line up to 760 km, Balochistan has a deep seaport of Gwadar and sits astride the Strait of Hormuz, one of the choke point of the Indian ocean that provides access to oil tankers bound for the West, China, Japan.
‏Nearly 40 percent of the oil supply passes through the Strait of Hormuz.

‏The question is when and how Pakistan Occupied Baloch land? During the period of Nawab Mehrab Khan in 1839. Balochistan was used as a buffer to secure the interests of Britain in India.

‏Thus it was the beginning of the first insurgency of Baloch for the sovereignty of their land. Amid this chaos, Nawab Mehrab Khan fought bravely with the British Indian force and embraced martyrdom but did not accept the slavery for this sacred land “Balochistan”.

‏Later on, After the second most destructive world War, World powers became exhausted by the deadly World War II and evacuated many of their colonies, one of the Colony was India where Muhammad Ali Jinnah assured Britain that Muslim and Hindus were two different nations of different ideologies, therefore, they cannot live together and Muslim want separate land to secure their identity.

‏Hence after that, Mr Jinnah came to meet with the Khan of Kalat Mir Ahmed Yar Khan for the purpose of merging Kalat state into Pakistan but the majority of the house of lords and the house of commons refused to join Pakistan, as a result, in 27 march 1948 Pakistan forcefully occupied Balochistan.

‏After the forceful annexation of Balochistan Pakistan is facing the wrath of Baloch till today or will be facing more intensified action until and unless they will get their sovereignty back.

‏” We can survive without Pakistan, we can prosper outside Pakistan but the question is what Pakistan would be without us? If they accept us as a sovereign country we can extend our hand of friendship, if they force us to join Pakistan with the name of Islam then every Baloch child will sacrifice them for their national freedom” Ghaus Baksh Bezinjo speech during the debate of merging with Pakistan.