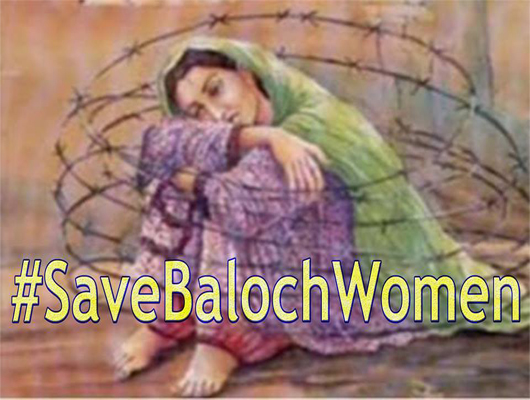 Various political and social organizations of Balochistan have strongly condemned the enforced disappearance of women from Quetta city on Friday.

According to details received by The Balochistan Post, six persons, including a child and three women were detained by Pakistani security forces on Hazarganji bus stop in Quetta.

“After Awaran, Pakistani authorities have now abducted Bugti women & a child from Quetta, who had come to the city for medical treatment. The enemy state has no regard to humanistic values & targets innocents when it fails to compete with Baloch freedom fighters on battlefield.” Former chairman of BSO and head of BLA, Bashir Zeb Baloch tweeted on Saturday in the reaction of the incident.

After Awaran, Pakistani authorities have now abducted Bugti women & a child from Quetta, who had come to the city for medical treatment. The enemy state has no regard to humanistic values & targets innocents when it fails to compete with Baloch freedom fighters on battlefield.

Baloch National Movement (BNM) spokesperson said in a press release, “Pakistani brutality and barbarism in Balochistan has given rise to a clear human tragedy. The further silence of the UN and the global community is causing an enormous increase in our national problems. The time has come for the international community to take practical action against such animalistic acts of Pakistan.”

President of Women democratic Front (WDF), Jalila Haider has expressed her concerns on the issue saying that the state’s attitude towards women in recent days is not only insulting but also an attack on the sanctity of women living in the region.

In a press release, Baloch Human Rights Organization (BHRO) spokesperson said that the continuation of extra-judicial arrest of women and children under collective punishment has been initiated under a regular plan. Before this incident, many Baloch women were detained extra-judicially which is absolute violation of human rights.

It is pertinent to mention that this is the second incident of abduction of by Pakistani security forces in the same month. Earlier this, four women from different areas of Awaran district of Balochistan were taken into custody by security forces and moved to an unknown location, who were later charged with terrorism offences by producing them with weapons and ammunition in front of media.

The incident has been condemned by many other organizations including NDP and VBMP.