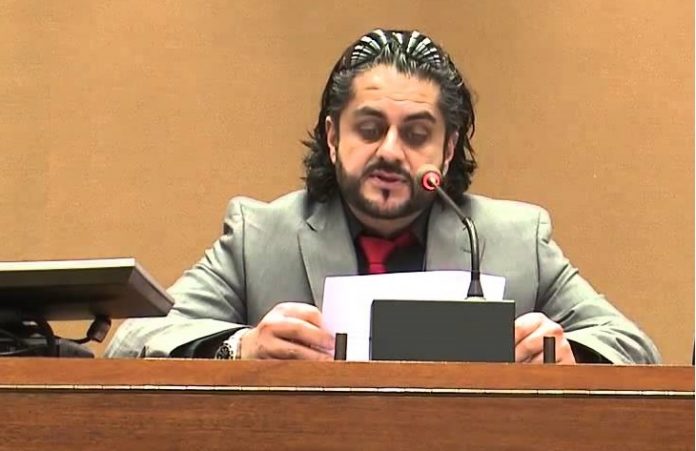 Baloch leader said that Kurds are betrayed by Donald Trump.

According toTBP social media desk, a Baloch nationalist leader and representative of Balochistan at the UNHRC and EU, Mehran Marri has said in a tweet that “Kurds have suffered a bitter history of betrayal, the latest by Trump.” He said that he stands in solidarity with Kurds of Rojava in northern Syria fighting against Turkey.

As a Baloch of #Pakistan-occupied #Balochistan, I can relate to struggle of Turkish-occupied #Kurdistan. Kurds have suffered a bitter history of betrayal, the latest by #Trump. I stand in solidarity with Kurds of #Rojava in northern Syria fighting #Turkey. https://t.co/m4TcgU4kUU

Mehran Marri is an exile Baloch nationalist leader striving for the independence of Balochistan from Pakistan.

Mr. Marri’s statement comes in the reaction of the White House’s decision of not standing in the way of Turkish invasion of Kurdish territory.

His statement on twitter is referred to an article published by The Guardian, with the title ‘The Kurds – a bitter history of betrayal’.

The article states that, Donald Trump has given the green light for a Turkish invasion of Kurdish territory. He’s not the first US leader to turn his back on this ethnic group.