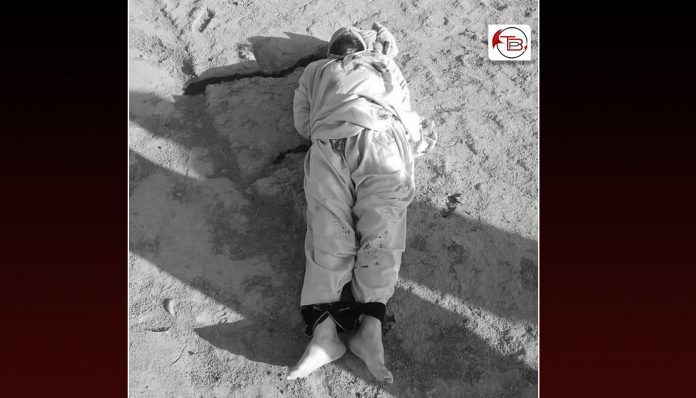 A bullet riddled body discovered in Kuchlak and another person was abducted from Panjgur district of Balochistan.

According to details, dead body of a man found in Killi Landi area of Kuchlak. There were bullet marks on the flesh and hands were tied behind his back.

The body has been shifted to hospital and an investigation has been launched by local administration.

In another news, a man named Azum s/o Sabzal was reportedly abducted by Pakistani security forces from Chitkan area of Panjgur district, on Wednesday.

According to local reports, Azum was arrested in araid and moved to an undisclosed location by security forces.

The term ‘abducted’ is widely used in Balochistan to connote arrests made by security forces as the arrested are not presented before court of the law and instead kept in military camps.