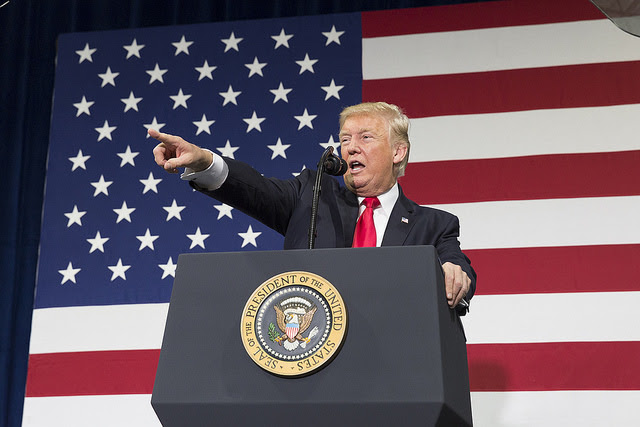 According to details received by TBP, President Donald Trump said in a tweet on Saturday evening that he has canceled the meeting of Afghan leaders with Taliban, at Camp David, after the bombing in Kabul last week.

He said that he called off the peace negotiations with the insurgent group.

Zalmay Khalilzad, the Trump administration’s diplomat talking to the Taliban leaders for months, has said recently that he was on the “threshold” of an agreement with the Taliban aimed at ending America’s longest war. The president, however, has been under pressure from the Afghan government and some U.S. lawmakers, including Trump supporter Sen. Lindsey Graham, R-S.C., who mistrust the Taliban and think it’s too early to withdraw American forces, France24 reported.

Trump’s tweet says, “Unbeknownst to almost everyone, the major Taliban leaders and, separately, the President of Afghanistan, were going to secretly meet with me at Camp David on Sunday.”

He further said in a tweet that, “Unfortunately, in order to build false leverage, they admitted to……an attack in Kabul that killed one of our great great soldiers, and 11 other people.”

“I immediately cancelled the meeting and called off peace negotiations,” Trump stated.

Inviting Taliban leaders onto American soil is an unprecedented move and a significant development in America’s longest running war just days from the anniversary of the September 11, 2001, terrorist attacks. It comes after Trump said as recently as late last month that he is planning to withdraw thousands of US forces from Afghanistan but will keep 8,600 troops in the country at least for the time being. It’s not clear if Trump’s Saturday night announcement will impact that plan, CNN reported.