According to details received by The Balochistan Post, Pakistani forces started house to house search operations in many areas including Killi Jalal Zai and Killi Gozgi of Kharan district, on Sunday night.

TBP has received the pictures of two abductees at the moment. 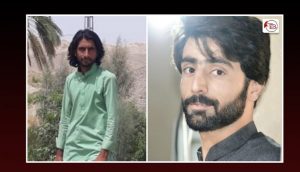 In another news on Sunday, Pakistani forces had launched search operations in Gomazi, Tump area of  Kech district.

Forces arrested a shopkeeper Abdul Qadeer from his shop and another youth named Tariq from the market while he was doing his grocery shopping. Security forces had reportedly moved them to undisclosed locations.

Whereas, another missing person has been identified as, Ikram s/o Master Ahmed. 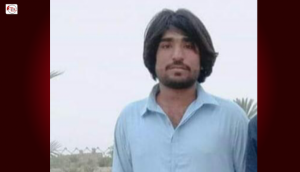 As per the locals, Ikram was whisked away by Intelligence agencies with the help of local death squads from Chitkan area of Panjgur, on 28 August.

Despite the assurance from CM Balochistan, my brother remains disappeared – Seema Baloch

The sister of missing Shabir Baloch in the hunger strike camp of VBMP (Voice for Baloch Missing...
Read more
Balochistan

The Information Secretary of the Balochistan National Movement, Dilmurad Baloch, issued the monthly report on Balochistan for June on Saturday. The report...
Read more
Balochistan

The Balochistan High Court has been informed that investigation into the university CCTV video harassment scandal has been completed, Dawn news reported.
Read more
News

India on Thursday slammed Pakistan for its decision to hold general elections in Gilgit-Baltistan and said such cosmetic exercises are intended to...
Read more
Balochistan