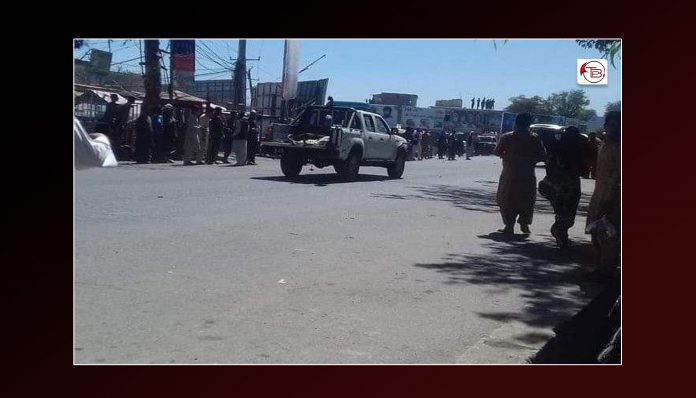 26 people have been killed and 42 wounded on Tuesday by a suicide bomber at President Ashraf Ghani’s campaign rally in the central province of Parwan, a spokesperson for the Ministry of Interior confirmed.

The attack took place at 11:40 a.m. in the city of Charikar after a suicide bomber on a motorbike detonated his explosives where dozens of people were entering the meeting place, local officials said.

“The bodies of the deceased have been transferred to hospitals,” said Qasim Sangin, head of Parwan’s provincial hospital, Tolo News reported.

“A number of the wounded people are not in a stable condition,” Sangin said, adding that the identities of many remained unknown. “We are busy with treatment.”

In the meantime, local police reported that only eight people were killed in the attack and 10 were wounded.

Reporters covering the campaign rally said the attack happened just after Ghani begin his speech, and that the president continued speaking despite the blast. Hundreds of supporters were in attendance.

The Taliban has claimed responsibility for the attack, claiming they were targeting security forces at the campaign rally.