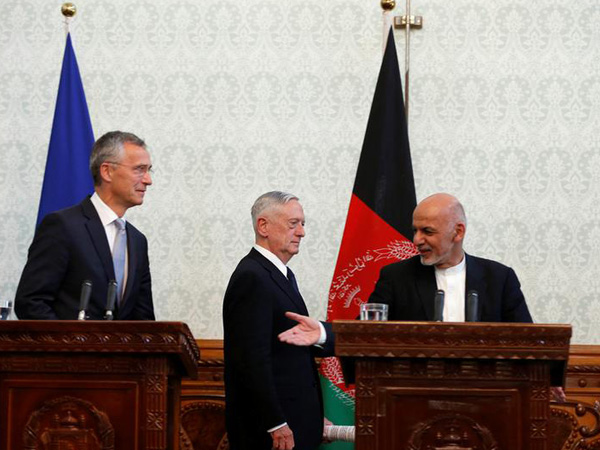 Just two days after President Ghani was briefed on US-Taliban “draft agreement”, presidential spokesman Sediq Sediqqi said the Afghan government is concerned about the consequences of the deal same as former US envoys are concerned, TOLOnews reported.

Mr. Sediqqi said in a tweet that the Afghan government wants clarification on the document to study its consequences and “prevent its risks”.

US chief negotiator Zalmay Khalilzad said the US and the Taliban have reached “agreement in principle” but added that the document needs President’s Trump approval to be signed.

Mr. Khalilzad this week shared the details of the agreement with Afghan leaders.

Mr. Sediqqi said the Afghan government supports any progress in the peace process which will ensure sustainable peace and end the war in Afghanistan, but the main concern in the US-Taliban draft agreement is how to prevent its consequences and risks.

This comes as nine former US ambassadors on Tuesday warned that Afghanistan could collapse in a “total civil war” if President Donald Trump withdraws all American forces before President Ghani’s administration and the Taliban conclude a peace settlement.

“A major troop withdrawal must be contingent on a final peace,” the nine former diplomats wrote on the website of the Atlantic Council, a think tank. “The initial US drawdown should not go so far or so fast that the Taliban believe they can achieve military victory.”

The nine envoys, including five former ambassadors to Kabul, a former special envoy to Afghanistan and a former deputy secretary of State, issued their warning a day after US chief negotiator Zalmay Khalilzad said the US and the Taliban have agreed in principle on withdrawal of nearly 5,000 American troops from Afghanistan.

Mr. Khalilzad in an interview with TOLOnews declined to say how long the rest of the roughly 14,000 US troops would stay. However, US officials repeatedly have said the pullout would be “conditions-based.”

The withdrawal of the 5,000 troops from five bases in 135 days will be followed by Taliban’s commitment to preventing their decades-long ally, al Qaeda, or other extremists from using the country as a haven for new attacks.