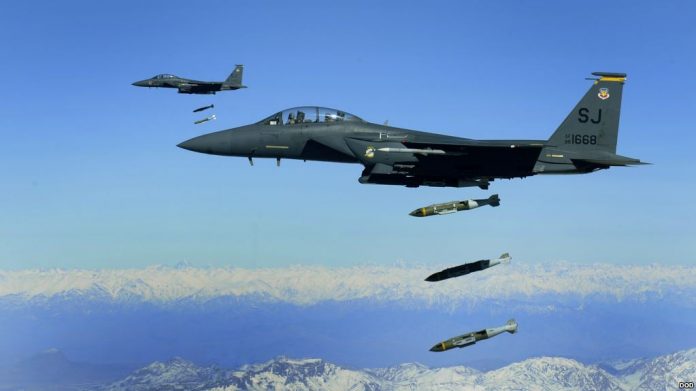 “I want to get out of these crazy wars that we should have never been in,” he said late last month as Mike Pompeo, his secretary of state, made clear that it would be “job enhancing” if the roughly 14,000 troops had withdrawn from Afghanistan before next year’s US presidential election.

If, and when, these forces fly home, the task of confronting the resurgent Taliban would be left to the government in Kabul. The Islamist movement, which controls Afghanistan’s lucrative opium trade, now by some estimates holds more territory than at any point since it was ousted by the US invasion, FT reported.

Some analysts believe a full US withdrawal could unleash a repeat of the brutal civil war and Taliban rule that followed the Soviet Union’s invasion of Afghanistan in the 1980s. Self-interested neighbours would step into the vacuum, experts say, echoing the “Great Game” rivalry between the UK and Russia for control of Afghanistan in the 19th century, says Financial Times.

“The Pakistanis and Chinese [would be] the major beneficiaries,” of a US withdrawal, said Harsh Pant, foreign policy analyst at the Observer Research Foundation, an Indian think-tank. Islamabad would look to exploit deep ties with the Taliban, while Beijing’s priority would be to protect and expand its Belt and Road infrastructure project in the region.

Russian moves to forge links with the Taliban also reveal Moscow’s desire to increase influence. “Wherever the Americans are receding in power, the Russians are more than happy to step in,” said Kabir Taneja, an Observer Research Foundation security analyst.

Aparna Pande, south Asia foreign policy expert at the Hudson Institute in Washington, also noted that Russia and China had “concerns about Islamist terror groups and insurgencies and believe that playing a role in Afghanistan would help mitigate that risk”.

US defence officials have expressed concerns about the dangers of too quick an exit.

Mark Milley, new chairman of the joint chiefs of staff, warned in a Senate confirmation hearing last month against “prematurely” withdrawing. “I think the war in Afghanistan, at least American participation in the war in Afghanistan, comes to an end when our interests are met,” he said. “That will be met through a negotiated settlement with the Taliban.”

However, some analysts have questioned whether obvious US desire to leave the region compromises their negotiating position. “You have to say the US delegation is working from a position of weakness, and not strength,” said Marvin Weinbaum, a former state department intelligence analyst for the region, Financial Times report.

He also pointed out that any Taliban ceasefire would not necessarily end the fighting. “They cannot speak for al-Qaeda and the Islamic State,” he said.

Kabul fears that the Taliban will now step up its attempts to disrupt next month’s Afghan presidential elections. The militants, who say that the vote has “no legitimacy”, are believed to be behind a recent attack on the office of vice-presidential candidate Amrullah Saleh, in which 20 people died.

“There is no guarantee that the Taliban will keep their promise,” said a senior Afghan official, voicing fears that Washington will repeat the mistakes of the Vietnam war by failing to secure peace before withdrawing.

Husain Haqqani, a former Pakistan ambassador to the US, said Washington should push Islamabad harder. “The real role of Pakistan in an Afghanistan peace process would be to stop giving subsistence to the Taliban,” he said.

Yet if a deal were struck, the prospect of the Taliban returning to some form of legitimacy would be viewed with concern by India, Pakistan’s arch-rival. Tensions between the nuclear-armed neighbours have spiked this year amid an upsurge in tensions over the disputed Kashmir province, FT reported.

“Many of the same fighters that were equipped and armed in the Afghan jihad in the 1980s were later deployed in Kashmir,” said Dhruva Jaishankar, analyst at the Brookings Institution think-tank based in New Delhi. “There is concern that if there is some kind of resolution with the Taliban we may see something similar.”