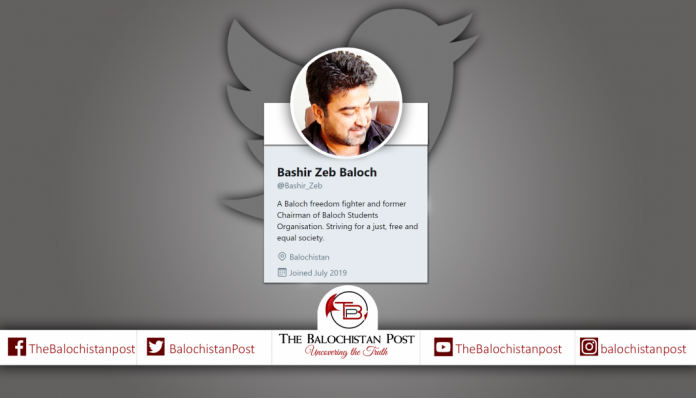 In a tweet on Monday, the Baloch leader said that it is height of shamelessness for Pakistanis to cry over Kashmir when their own military has illegally occupied Balochistan for last 70 years.

He said that Pakistan has been committing all sorts of brutalities in Balochistan.

The Baloch leader’s statement comes at a time when Pakistani state and journalists have acted strongly against Indian parliament’s decision of removing Kashmir’s special status.