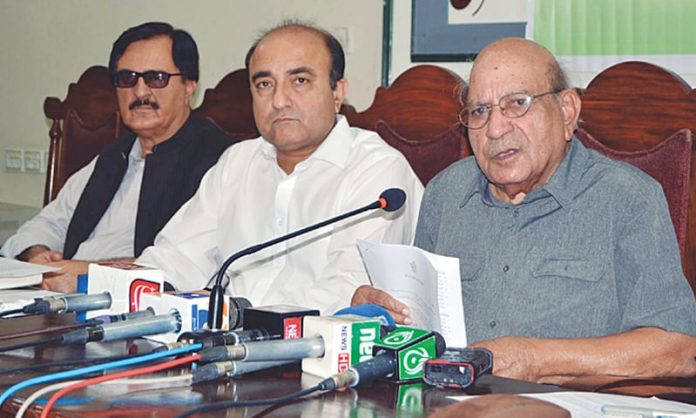 Human Rights Commission of Pakistan has expressed concerns on the rights situation in Balochistan and the inadequate media coverage of the issue.

“The government of Pakistan has always treated Balochistan as a conflict zone,” he said, adding that’s why truth did not come out of Balochistan.

At the provincial launch of its flagship annual report ‘State of Human Rights in 2018’, the commission voiced its concern on five points relating to Balochistan.

Citing the Baloch Human Rights Organisation and Human Rights Council of Balochistan, the HRCP report states that at least 541 partial reports of enforced disappearances surfaced in 2018. In August 2018, the Chairman of the Commission of Inquiry on Enforced Disappearances said that ‘merely 131 cases’ of missing persons in Balochistan were heard. The lack of more comprehensive official data on enforced disappearances — and Balochistan media’s apparent powerlessness to report on these — is a poor reflection on the state’s political will to eliminate this scaring problem.

Scores including political activists, students, human rights campaigners, lawyers, journalists and others have been forcibly disappeared from Balochistan in recent years.

HRCP in its report has said that no one has been held accountable for these disappearances as the police is incompetent and lacks power to try members of military and intelligence agencies, who are widely considered the culprits behind the disappearances.

HRCP highlighted that those who are released from torture cells are never interviewed and their statements are not taken by the courts.

The rights group confirmed that the number of those who are disappeared is much higher than those who are released. It demanded that if there are any criminals, they must be presented before the courts rather than disappeared by military and kept in torture cells.

The report also notes that malnutrition is still a serious threat to children’s health in the province, to the extent that a malnutrition emergency was declared in Balochistan in November last year by the provincial health minister.

The report notes that sectarian violence in Balochistan has disproportionally targeted the Shia Hazara community. In Quetta, they remain confined to Hazara areas: their movement is restricted as is their access to markets and schools.