According to details received by The Balochistan Post, Forces conducted raids and search operations in Gwadar, on Friaday and Saturday. Several people were arrested during the raids and moved to undisclosed locations.

Security forces launched search operations in Dasht Haor and other areas as well. No reports of enforced disappearances have been received from those areas yet.

Whereas, Two more persons were abducted earlier this week from Awaran and Gwadar.

On a Frontier Corps (FC) checkpoint, forces arrested a man while he was traveling from Awaran to Turbat city of Balochistan.

The Abductee has been identified as, Wahag s/o Madad Baloch. 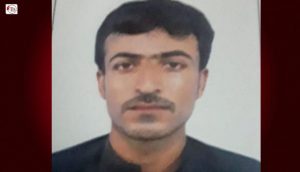 The other abductee from Gwadar was identified as Adil s/o Ismail Kalmati, who was forcefully disappeared by Pakistani forces on 22nd of