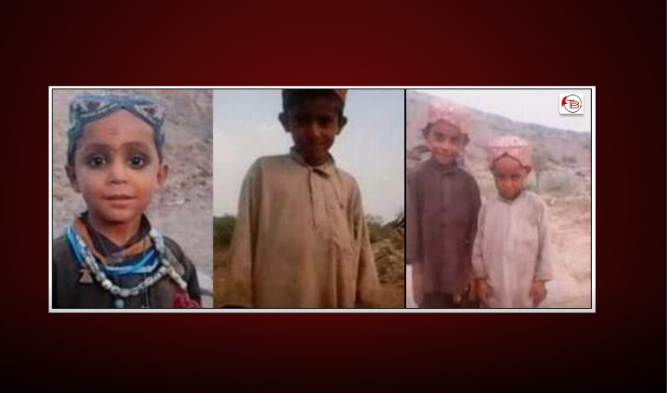 Seventeen persons, including women and children have been forcefully disappeared from Kohistan Marri district of Balochistan.

According to reports received by The Balochistan Post, Pakistani forces raided multiple houses in Nasao, Janatali Siyah Koh and other areas of district Kohlu and abducted women and children.

Few of the abductees have been identified as:

The names of the remaining persons, that include women and children, are yet to be received by TBP.

According to locals, security forces also burnt multiple houses and took valuables and livestock with them.

In another raid by Pakistan army in Siyah Koh, Pakistani forces took 6 women including 4 children to undisclosed location.

According to some reports, Pakistani military was joined by local ‘death squad members during the operation and many of the abductees are believed to be under the custody of the later.

Balochistan is plagued by the enforced disappearances of Baloch youth and activists. However, recent instances of ‘women and children abductions’ has added to the concerns of Baloch masses.