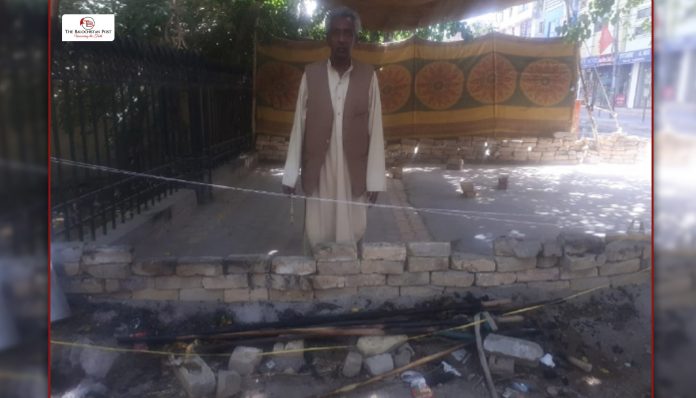 The camp for Baloch missing persons in Quetta has been set alight by unknown people.

In a video message sent to The Balochistan Post by Voice for Baloch Missing Persons (VBMP), Mama Qadeer Baloch says that in response to their successful Eid rally, the camp has been set on fire and sewerage water has been thrown all over the site of sit-in camp.

TBP has also received images of the destroyed camp.

Mama Qadeer Baloch, who is the vice chairman of VBMP, said that such intimidating tactics will not stop them from their struggle.

He also urged human rights organisations to take notice of these acts.

VBMP, comprising of families of Baloch Missing Persons, has continuously been protesting for nearly a decade now.

Societies are in turmoil, economies are in a nose-dive-UN Chief