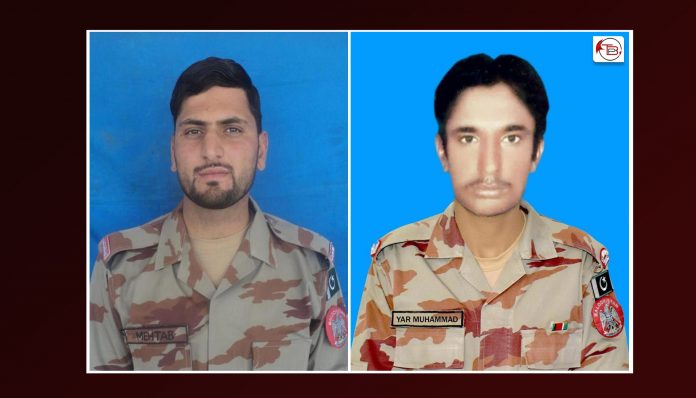 Multiple personnel of Pakistani security forces have been killed in an IED attack, which has now been claimed by BLA.

According to details received by The Balochistan Post, a vehicle of Pakistani military was hit by an improvised explosive device planted on a roadside by unknown people in Shahrag near Harnai, Bolan.

The blast badly damaged the vehicle and there have been different accounts regarding the number of deaths in the attack.

Pakistani authorities have claimed that two personnel, identified as Yar Mohammad and Mehtab Khan, were killed in the attack.

Whereas, Baloch Liberation Army has claimed that six personnel of Pakistani forces were killed in the attack.

The ‘pro-independence’ armed group BLA in a statement said that the attack was carried out in Khost, Shahrag on a patrolling vehicle of Pakistani Army.

BLA’s Jeehand Baloch, added that few coal mine contractors and workers are acting as spies of Pakistani forces. He threatened that these elements will be targeted if they fail to stop their activities.

BLA further said that their attacks will continue until Pakistani forces quit Balochistan and freedom for Balochistan is achieved.