In a completely under-the-blanket operations, the mighty military of Pakistan has militarized entire Balochistan, its northwestern, most mineral-rich but least developedregion with lowest human development. Military suppressed the rights movements that blame the military and the central government for their backwardness.

Military pushed the indigenous population to walls and many armed groups developed, which claim to fight for independence of the region. Government used Frontier Corps, a paramilitary force, to eliminate the nationalists. Gradually the region became a battlefield between the two conflict parties.

Balochistan seemed a war-zone during the month of May 2019 as well. We have received hundreds of reports of human rights violations, from six out of thirty-two districts. Human Rights Council of Balochistan and Baloch Human Rights Organization investigated and thus announce this monthly report.

Seventy persons were picked up by military and forcibly disappeared. Eight of them were released later, while whereabouts of 62 civilians remain unknown.

Maqbool Yar Mohammad was abducted by personnel of Intelligence agencies from his house in Hub town of district Lasbela on 3 May. His family abandoned their native village, Mashkay Awaran, due to consistent military offences and was living a life of IDPs in Lasbela, the home district of Chief Minister of Balochistan, under the Imran Khan’s new central government. 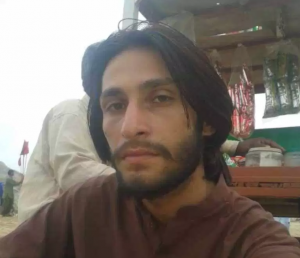 On 5 May, forces whisked away 17 years old Hammal Assa from his hometown Gomazi Tump, district Kech, the home district of previous Chief Minister of Balochistan, under Nawaz Sharif government. 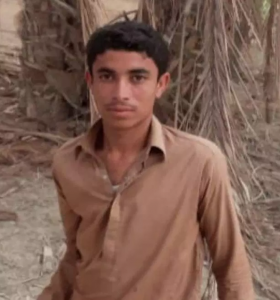 Of the same village, Gomazi, fifteen years old Talal Dost Mohammad was picked up by military from a local transport vehicle, when he was traveling from Karachi to his home, on the same day. Both are cousins. 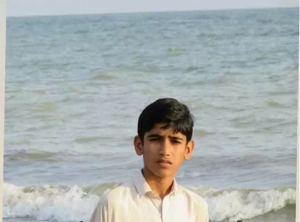 Salman Khudadad was picked up by military and forcibly disappeared from Mand Bullo, Kech on 7 May, from a local grocery, in front of the public. 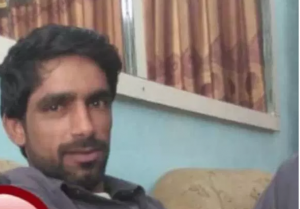 On 11 May, security forces whisked away four persons, Murad Samad, Abid Khalid, Sayyed Abul Hassan and Waju Wahid, during a house-to-house search operation in Neyabad, Gwadar. Forces are accused of beating women and children during the operation.

On 12 May, Noor Khan Kahoor, a fresh graduate from Balochistan University Quetta, was whisked away by the forces at around 3 am local time from Essa Nagri, Quetta. He was a resident of Shapuk, district Kech and was on a search for job in Quetta, the administrative capital of Balochistan. 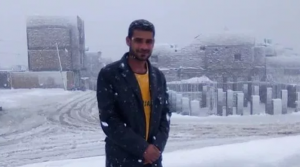 Two students of the same region, Makran, were whisked away by military from Brewery Road of capital city, Quetta. Security forces took Ashraf Naiksal and Ghulab Rozi from Mashallah Plaza, in front of dozens of people, on 15 May. Both were sent by their families from interior, war-turned regions to the capital city for safer and better education. Military has abducted and disappeared more than a hundred students of Balochistan, from other cities of Pakistan, including Nawaz Atta, a human rights activist, Information Secretary of BHRO.

Rahmdil Pir Bakhsh of Hoshab Balochistan, a graduate in Philosophy was abducted by security forces in Karachi, administrative capital of Sindh. He was working with KASBIT University Karachiafter completing his graduation. 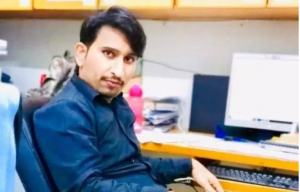 The next day his cousin Nasir Azim was whisked away by security forces from the same house in Gulshan-e-Iqbal. Nasir is a resident of Absar, Turbat and a student of M. Phil in Karachi University. 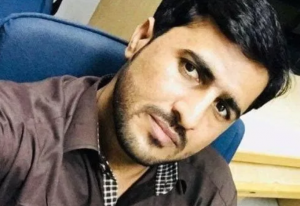 On 20 May, forces raided house of Allah Bakhsh in Gwadar, Balochistan and dragged him away from the house. Three days later, the house was raided again and military took away his wife, Ayesha and two daughters, Mahtap and 16 years old Nazelah. Mother and daughters were released later while whereabouts of Allah Bakhsh remained unknown.

Forces raided house of Fateh Muhammad, father of Hammal Fateh, one of four suicide attackers who attacked the only five-star hotel in Gwadar, the home town of Chinese invested Gwadar Deep Sea Port. Four gunmen stormed into the Pearl Continental hoteland it took military 24 hours to clear the hotel. The attack was carried out by an armed nationalist group that often attacks Chinese interests in the region. Organization threatened China to take his hands off the region.

Fateh Muhammad and Nasrat, a cousin of Hammal were whisked away by the military and their whereabouts are still unknown.

Fourteen years old Kachkol, brother of another suicide attacker of PC hotel, was picked by military from his house in Hoshab, Kech on 25 May.

On same day, forces abducted Hafiz Pir Muhammad from Naeemabad Parom, district Panjgur and forcibly disappeared. Hafiz was once disappeared in 2015 and was released later.

Forces raided house of Mujeeb Rasool Bakhsh in Parom area of district Panjgur on 26 May and took him away. His fate and whereabouts are unknown.

Decomposed bodies of five persons were found dumped. All were beyond recognition.

“We have found 131 decomposed bodies and buried them here without knowing who is who? We’ll just put a number on the grave”, said a person working to burry these bodies. “Hardly 5% of the persons would be identified by any means”, he said in a BBC Urdu report.

Twenty armed nationalists were killed in different battles between the nationalists and military in different parts of Balochistan and five persons were targeted killed by unknowngunmen. Nationalists often blame the military of using private militias and street criminals to kill people.

One child was killed when an armed nationalist group fired to kill one of organization’s surrendered commander, in Kech. Spokesperson of Balochistan Liberation Front said in a press note that his organization apologizes for the child and is ready for any cooperation family asks.

BLF is one of the many organizations fighting the military and want Pakistan to leave Balochistan. The Organization has been known for its educated and democratic leadership and has been enjoying support of most of educated youths, especially of Makran regions, since its early appearance in 2004.

Military repeated same in Waziristan, KPK region on 26 May 2019. It attacked a peaceful rally, killing more than a dozen and wounding more than forty-five. Rally was organized by Pashtun Tahaffuz Movement, a rights group developed in Pakistan’s KPK region. Leadership of the group- legislators the local people elected- were said to be the aim of the attack. One of the legilators, Ali Wazir went missing for a few days, after military arrested him from the attacked protest, while the other, Mohsin Dawar was declared a wanted man. He finally surrendered himself to a court of law.

PTM leadership face the same hard time with military leaders in Balochistan faced. Pashtoon leaders are lucky enough to resurface, being in jail, while the leadership in Balochistan was disappeared, killed and thrown on roadsides, or shot killed.

Military, it seems, wishes to control the minds of each individual and does not allow any space for the voices of people.

India on Thursday slammed Pakistan for its decision to hold general elections in Gilgit-Baltistan and said such...
Read more
Balochistan

Law enforcement forces have detained the family of one of the Pakistan Stock Exchange attackers. According to media reports,...
Read more
News

The United Kingdom authorities have suspended Pakistan International Airlines, or PIA flights from 3 airports According to details, the...
Read more
Balochistan

A resident of district Kech, has gone missing from Hub Chowki, the industrial city of Balochistan. According to details,...
Read more
Balochistan