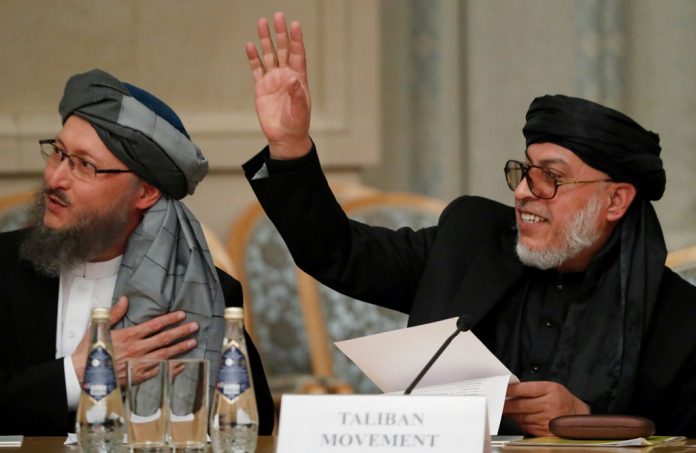 The US Special Representative for Afghanistan Reconciliation Zalmay Khalilzad wrapped up another round of talks with the Taliban members in Qatar where, he said, the two sides made “steady but slow progress on aspects on the framework for ending the Afghan war”.

Khalilzad, who provided the information about the talks on Twitter, did not go into more details about the result of the sixth round of the talks between the two sides, but said: “we are getting into the ‘nitty gritty’”.

“We made steady but slow progress on aspects of the framework for ending the Afghan war. We are getting into the ‘nitty gritty’. The devil is always in the details,” he said in a tweet.

He said the current pace of talks “is not sufficient when so much conflict rages and innocent people die”.

“We need more and faster progress. Our proposal for all sides to reduce violence also remains on the table,” Khalilzad added.

However, the Taliban seemed optimistic as they called the talks productive and constructive in a statement released on Thursday evening, Tolo News reported.

The statement said the two sides discussed issues they agreed in draft in the fifth round of talks and that progress was made on some of them, not all the issues.

The two sides agreed in draft on counterterrorism assurances and foreign forces withdrawal from Afghanistan in the fifth round of the talks in mid-March.

“The sixth round of talks, in total, were positive and both sides patiently heard each other’s views,” the statement reads.

The statement said both sides will discuss the issues on which progress has been made and also the issues which no progress was made on them and will prepare for another round of talks, Tolo News said.