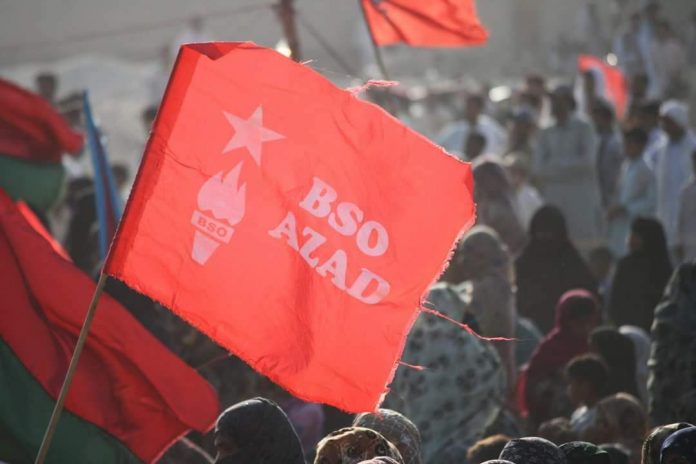 The central Spokesperson for Baloch Students Organization Azad (BSO-A) on the eve of Labor Day, 1st May, said that “the role of laborers is highly important for the development of any country, nation and society, but in the state of Pakistan all classes including the laborers are deprived of their rights since the day one”.

‘In Paksitan, the daily living of the laborer class is being worsened day by day, and the laborers are deprived of their basic facilities of life and their exploitation is on the peak’.

Talking about the historical background of the Labor Day, the Spokesperson said that the laborers of Chicago on 1st May 1886 were on the roads due to the exploitation of the capitalists, industrialists and exploitative class, but the police fired on that peaceful procession and killed and injured hundreds of laborers while dozens were hanged because of raising their voice in favor of their rights. Since then, the Labor Day is observed on 1st May each year. Observing the Labor Day each year is aimed to remind the laborers to fight for their rights against the exploitative and colonizer classes.

The Spokesperson further said that observing this day is aimed for the laborers to raise their voice against the exploitative class and take practical measures too. The laborers are the unit of society and it is impossible to run the wheel of the development without them.

“All of the classes including laborers should become the part of Baloch national movement and they should struggle for their independence because the free Baloch state will only be the custodian of rights of all classes”, said BSO Spokesperson.