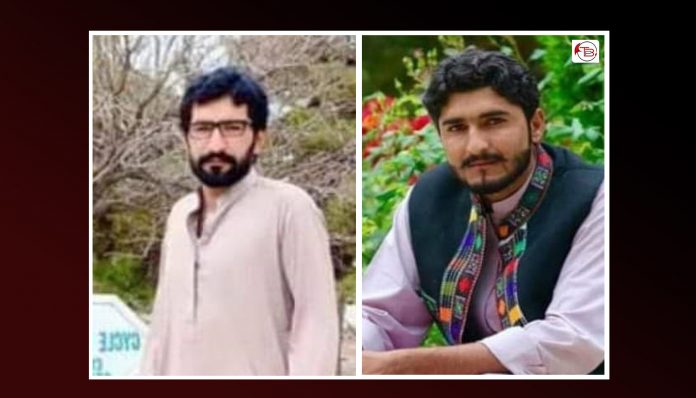 Six persons, including two students, have been forcefully disappeared from different areas of Balochistan.

According to details received by The Balochistan Post, security forces have forcefully abducted six more men from Kalat, Kharan and Awaran districts in Balochistan.

According to The Balochistan Post (TBP) correspondent, two students went missing when they were on their way from Quetta to Punjgoor district.

The missing persons have been identified as Feroz Baloch and Jameel Baloch.

According to local sources they were taken away by civilian clothed armed men.

Pakistani Forces arrested at least 3 more Baloch from different areas of kharan, Balochistan in an ongoing military operation on Wednesday.

According to the local sources, during the said military operations, Pakistani security forces arrested and disappeared at least three Baloch civilians. The two arrested were identified as ikram Baloch and kamran, whereas, the identity of the third person is yet to be ascertained.

In another in incident, a person named Diljan Baloch was ‘abducted’ by security forces from Mashkay, area of district Awaran.

Balochistan is plagued by the enforced disappearances of Baloch youth and activists. However, recent instances of ‘women and children abductions’ has added to the concerns of Baloch masses.