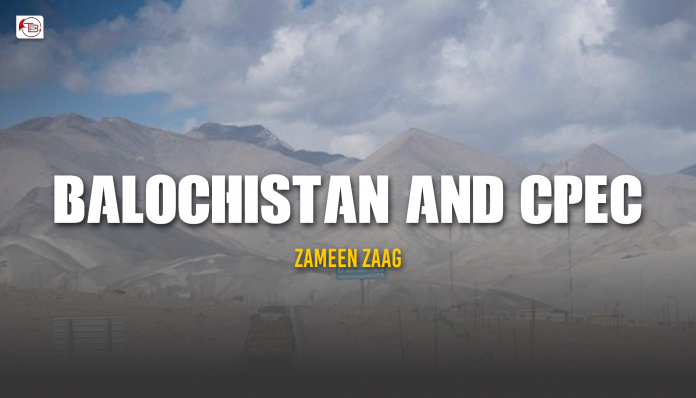 Balochistan is a historical land, a place of beauty and a land of brave heroes. Balochistan was an independent nation before its unlawful occupation by the British imperial army in 1839. It then regained its independence following the departure of the British in 1947. But then, on 27 March 1948, Pakistani forces attacked Kalat state (Balochistan) and illegally occupied her.

Baloch people are living their lives under the occupation of Pakistan Army until today.

Currently, Balochistan is known as a province of Pakistan, which shares its borders with Punjab and the Khyber Pakhtunkhwa to the northeast, Sindh to the east and southeast, the Arabian Sea to the south, Iran to the west and Afghanistan to the north and northwest. The main ethnic groups in this land are the Baloch people and the Pashtuns, who constitute 52% and 36% of the population respectively (According to the preliminary 2011 census) but Baloch are Resisting against illegal occupation on their land, due to this Resistance thousands of Balochs have sacrificed their lives and thousands are in the custody of Pakistani forces and its secret agencies (ISI and MI).

Due to its natural resources and strategic position, Balochistan has become the centre of attraction for all superpowers in the world. Balochistan is the area where natural gas, oil, gold, coal, iron, silver, salt, marble and many other precious stones are found in a large quantity. Sui gas field, which is the biggest natural gas field in Pakistan, is located in the Sui area of Balochistan.

According to the EIA report, only from Sui gas field 9 million barrel patrol and one hundred five trillion cubic crude oil and gas are being extracted per day. In chaghi, Saindak, Dalbandin and many other areas of Balochistan iron, coal and gold resources are found. All these resources had been handed over to China for extraction, and China gets the lions share for that.

The coastal region of Balochistan is the only way to interact or make the eastern countries to meet the world. Gwadar port which is in Balochistan is nowadays being called the future’s biggest trade port in the world. All the superpower countries of the world are being attracted to it due to its strategic position. From Gwadar to Kashgar(China) a railway line and roads are being built which is given the name of “China Pakistan Economic Corridor” (CPEC). Today CPEC is being discussed in Print as well as Electronic media. It is been told that due to CPEC, Balochistan will progress and Gwadar will become the future Dubai.

Balochs who live in Balochistan will progress and will lead a happy life. But if we at the past, we will know that certain claims were made in past too, Since 1952, gas is being extracted from Sui and Dera Bugti areas of Balochistan but even today the people of these areas lack gas and they burn wood for domestic uses.

Due to the extraction of marble, iron, silver, coal, and gold, annual investments of millions of dollars are made but despite of that fact, Baloch people have no house for living. For years, Baloch didn’t get a single standard educational institution and a single standard hospital, then how from CPEC Baloch People will get something.

Baloch has not only rejected CPEC-like exploitative projects since the very first day but also has strongly denounced them, because attempts are being made to convert Baloch in minority on their own land with the help of such projects.

Baloch freedom fighters have also been attacking CPEC projects and warning China to not come in Balochistan without Baloch consent. But in the last 10 months, BLA Majeed Brigade fiyadee (Self-sacrificing) have targeted China where Pakistan and China have suffered hundreds of casualties and billions of rupees.

First fiyadee (Self-sacrificing) attack was carried out on Chinese Engineers on 11 August 2018, by a Member of BLA Majeed brigade Rehan Baloch Son of Martyr General Aslam Baloch in Dalbandin city of Balochistan. In his last video message, he told that they had warned China multiple times to shun plundering Baloch resources and refrain from becoming part of any Pakistani exploitative designs and they had asked China time and again to take their engineers and workers out of Balochistan. However, China never paid heed to their justified demands seriously and instead further surge in these exploitative projects was observed. His that act was against such injustice and in the defence of his nation, his land and for the protection of their natural resources.

On 23 Nov 2018, another attack was carried out on China’s consulate in Clifton, Karachi by BLA Majeed Brigade fiyadee (Self-sacrificing) Azal Khan Baloch, Raziq Baloch and Raees Baloch were involved.

latest Fiyadee (Self-sacrificing) attacked was carried out on 11 May 2019 in Gwadar which is known as the hub and centre of this CPEC. This mission was given the name of Zer Pahazag and attacked was carried out on Chinese and foreign investors at PC Hotel Gwadar by members of Majeed Brigade (Self-sacrificers) fiyadee Hammal Fateh Baloch, fiyadee Munseb Baloch, Fiyadee Kachkol Baloch and Fiyadee Asad Baloch. According to BLA spokesperson Jeeyand Baloch “More than 40 soldiers, several foreign and local investors killed. Who achieved all the aims and targets in their 24-hours-long battle, and finally sacrificed themselves with their own bullets.”

In a Latest Video message of Baloch Liberation Army commander clearly warned China to immediately withdraw from Balochistan. He then directly addressed Chinese president Xi Jinping and warned: “You still have time to quit Balochistan or you will witness a retaliation from Baloch sons that you will never forget.

However, in my view, CPEC is a failed project, because if Balochs are ready to sacrifice their life and everything then no one can ever stop them to achieve their struggle for an independent Balochistan or their any mission. Pakistan or China are more powerful but they can never defeat them because Balochistan is the land of brave heroes.