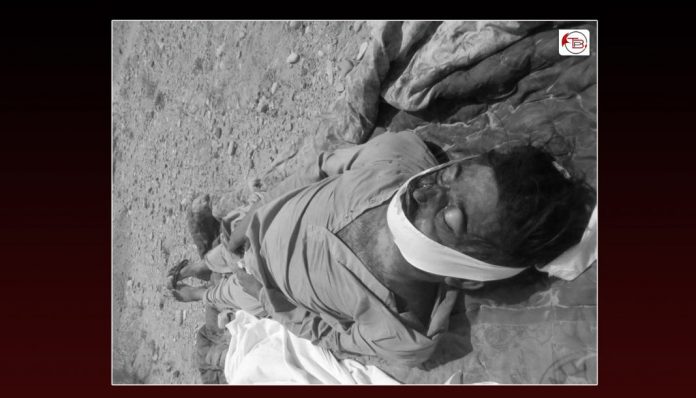 A dead body has been discovered from Dera Bugti district of Balochistan on Thursday.

According to details received by The Balochistan Post, a mutilated dead body of a man has been found in Gendoi area of Dera Bugti.

The deceased has not been identified yet.

Couple of days earlier a dead body was discovered from Loralai area of Balochistan.

Dead body was later identified as, Jamshaid s/o Wazeer Khan Bugti, resident of Dera Bugti. He was missing since August 2016.

Thousands of decomposed and mutilated dead bodies have been found from different parts of Balochistan in last decade, many of which have later been identified as those of the missing persons.