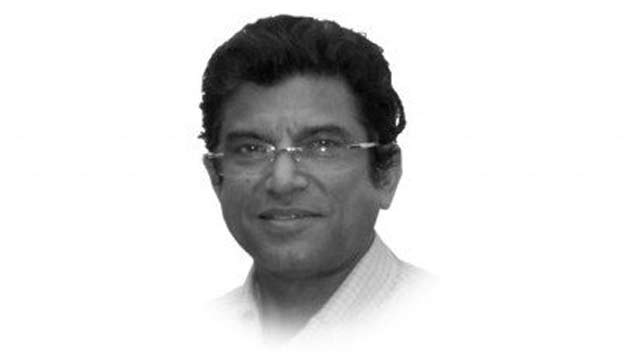 Renowned defence analyst and TV commentator Bridagier (retd.) Asad Munir committed suicide on Friday, police said.
According to police, his body was found hanging from a ceiling fan in his apartment at the Diplomatic Enclave in Islamabad.
Following the legal procedure, the body was handed over to his family who refused to allow the autopsy.
Reportedly, Munir was stressed after the emergence of media reports that the National Accountability Bureau (NAB) has decided to file a reference of abuse of office against him.
In a meeting held on Thursday, the anti-graft watchdog decided to investigate Munir, a former member of the Capital Development Authority (CDA), and others for allegedly abusing their powers to restore a plot in F-11 of Islamabad while violating rules and regulations.
Earlier, his brother Khalid Munir had tweeted that “Asad Munir has passed away”. However, he did not disclose the cause of death.
Later on, journalist Umar Cheema tweeted that Munir had committed suicide “after a NAB reference [was] filed against him”.
Cheema also tweeted an alleged suicide note, which Munir wrote to the Chief Justice Asif Saeed Khosa before his death.
“I’m giving my life in the hope that you’ll bring positive changes in [the] system where incompetent people r playing with life & honor of citizens in name of accountability,” it read.