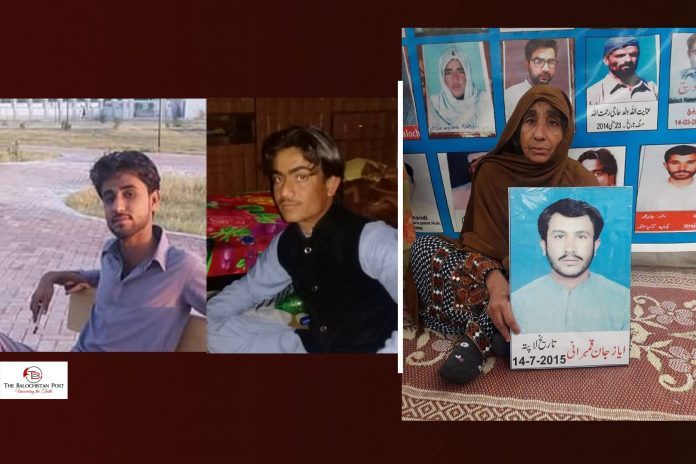 One missing person released where five more were abducted from different areas of Balochistan.

According to details received by The Balochistan Post, Ayaz Qambrani missing for more than three years was released today on Tuesday, and reached his home.

“Ayaz was abducted by security forces on 14 July 2015 from Quetta, the capital city of Balochistan”, family said.

Whereas, five more persons were abducted allegedly by Pakistani forces from Turbat, Awaran and Panjgur area of Balochistan.

A youth, Ahsan s/o Doctor Shoqat, while traveling from Tump to Turbat, was arrested on D-Baloch checkpoint by forces, after that his whereabouts are unknown.

In another news, three persons were abducted by security forces from Balgatar area of district Panjgur.

Voice for Baloch Missing Persons (VBMP), a campaign group by families of Baloch missing persons, stated that due to the efforts of provincial government 60 missing persons have been released within last two months but more than 100 have gone missing from different areas of Balochistan.