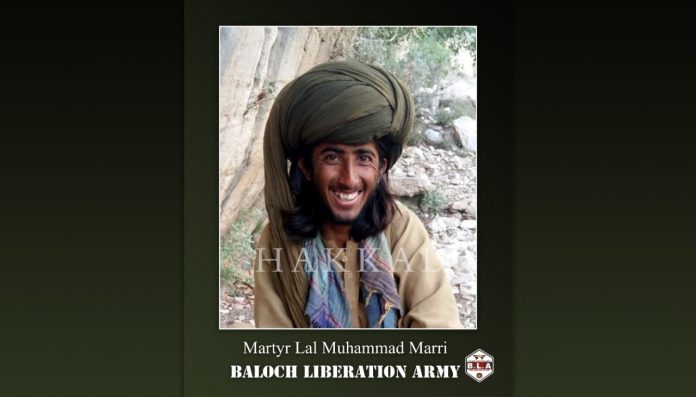 A BLA fighter lost his life in an accident, spokesperson confirmed.

According to details received by The Balochistan Post, Jeeyand Baloch, the spokesman for Baloch Liberation Army (BLA), a militant group, has said in a statement, “an important member of the organization Lal Mohammed Marri alias Lalu has embraced martyrdom”.

“Lal Mohammed Marri lost his life on 23 March 2019 in an accident while accomplishing an important mission” he added.

BLA spokesman further said that “Lal Mohammed was affiliated with BLA’s Bolan Front, since 2015 and due to his intelligence and bravery he became a prominent member of the organization very soon. He had participated in many successful combats against the enemy and played a great role”.

Jeeyand Baloch further stated that “BLA respects and values the national service and immortal role of Martyr Lal Mohammed Marri and pays rich tributes to him. He is a role model for Baloch youth.”