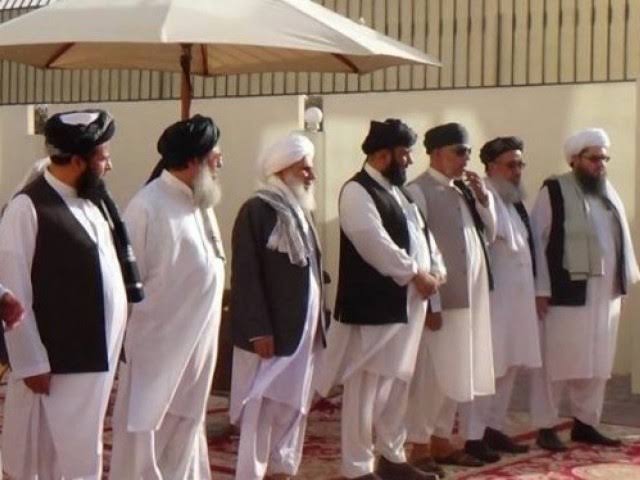 Taliban on Tuesday announced the formation of a 14-member peace negotiating team ahead of fresh round of peace talks with the US envoy in Doha, Qatar later this month, reported Tolo News.

In a statement, the group said that Mullah Abdul Ghani Baradar, the deputy head of Taliban’s Qatar office has assigned the team in line with the guidance of group’s leader Mullah Hibatullah Akhundzada.

Taliban’s negotiating team is expected to hold talks with US Special Representative for Afghanistan Reconciliation Zalmay Khalilzad on 25 February in Doha.

But, Anas Haqqani is currently under the custody of the Afghan government.

Taliban has asked for his immediate release.

But, the Afghan government has said that Anas Haqqani is in jail and that so far no decision has been made for his release.

The Afghan government has said that those who have committed crimes against the people of Afghanistan will be dealt with in accordance with the laws of Afghanistan.

“It seems that the issue of withdrawal of foreign forces and the issue that threats will not be posed against other countries will dominate key topics at the meeting,” said political analyst Wahid Muzhdah.

“Main agenda pursued by Mr. (Zalmay) Khalilzad is how to create the platform for an intra-Afghan dialogue so that the delegation of the Afghan government and the Taliban enter into talks,” said Omid Maisam, Chief Executive Abdullah Abdullah’s deputy spokesman.

Meanwhile, there are some reports that Khalilzad has had a meeting with Mullah Abdul Ghani Baradar in Pakistan’s Karachi city.

“We welcome any move for peace. We also support Mr. (Zalmay) Khalilzad’s peace efforts and watch it closely that how it leads to peace,” said Mohammad Mohaqiq, second deputy chief executive.