Balochistan Post 5http://thebalochistanpost.net
All four were allegedly abducted by Pakistani forces last year in November
The Balochistan Post Correspondent
According to the details, four missing persons have been reportedly released by Pakistani forces, who were abducted last year on 30th November.
They were picked up during a military raid on a funeral in Paroom town of Panjgur district.
Later, they were identified as Ghaffar S/O Muhammad Yaqub, Sarwar S/O Sanjar, Muslim S/O Mannan and Shah Dost S/O Murad.
Family members of Baloch Missing Persons are continuously under protest in capital city Quetta against the enforced disappearances of their loved ones demanding their safe release.
The protest camp was established 10 years ago by Voice For Baloch Missing Persons(VBMP) near Quetta Press Club, which was recently joined by a bulk of family members of missing persons in order to find their loved ones, and since then around 28 missing persons have been released so far. 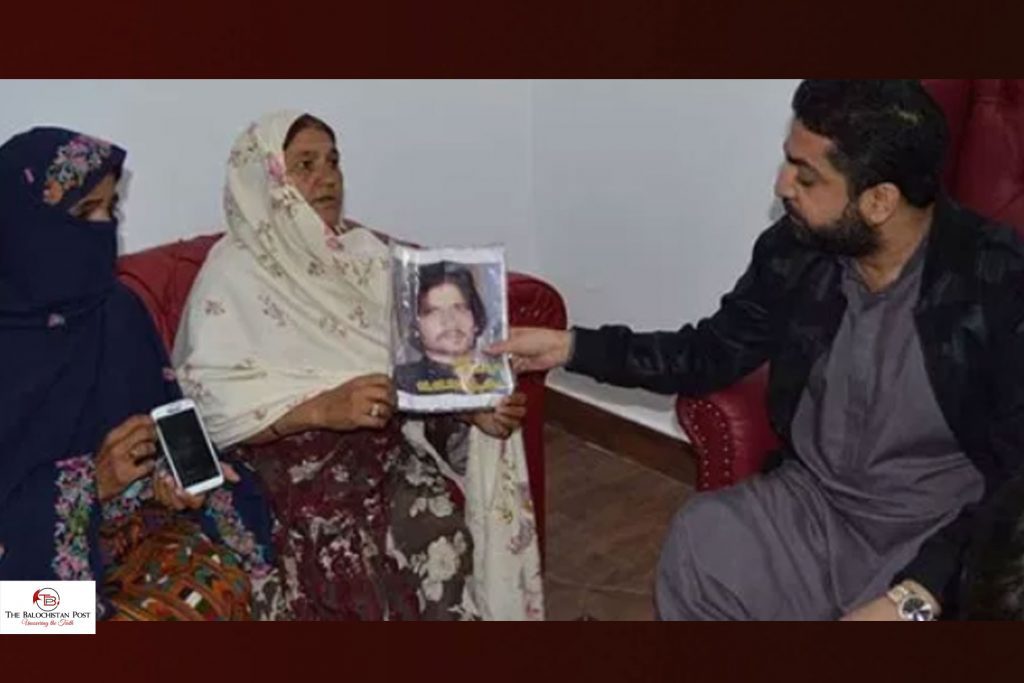 The Home minister Zia Langav, while talking to the heirs of missing persons Maher, Gul Marri and Zafrullah at his office on Wednesday, said that 28 people missing since long had returned to their homes with the efforts of the government proving its commitment.
He said that Jam-led coalition government was practically showing its performance as it had taken important decisions and was also keen on implementing those.
Share
Facebook
Twitter
Pinterest
WhatsApp
Telegram
Previous articleTracing Pakistan’s Kill & Dump Policy: remembering Asad Mengal and Ahmed Shah – Naseer Dashti
Next articleAfghan Government shows concerns about the violence against protesters in Pakistan

India on Thursday slammed Pakistan for its decision to hold general elections in Gilgit-Baltistan and said such...
Read more
Balochistan

Law enforcement forces have detained the family of one of the Pakistan Stock Exchange attackers. According to media reports,...
Read more
News

The United Kingdom authorities have suspended Pakistan International Airlines, or PIA flights from 3 airports According to details, the...
Read more
Balochistan

A resident of district Kech, has gone missing from Hub Chowki, the industrial city of Balochistan. According to details,...
Read more
Balochistan