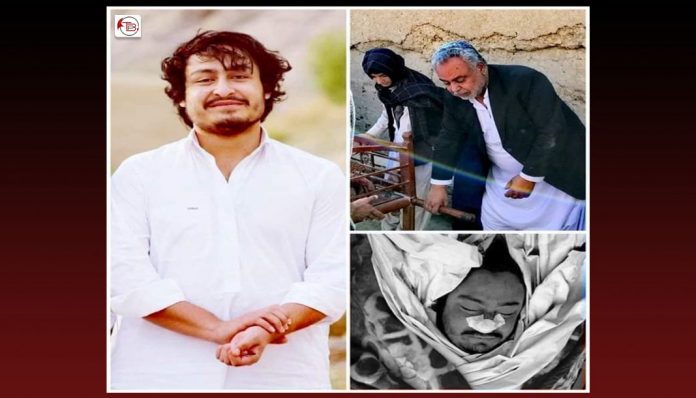 Chairperson of BSO-Azad has termed the suicide of the medical student a murder.

According to details received by The Balochistan Post, Chairman of Baloch Students Organization-Azad, Sohrab Baloch, has termed the suicide of Yousuf Pirkhani, a third year student, in Bolan Medical College (BMC) as a murder and added that state and its relevant institutions are busy in the struggle of expelling youth from the educational institutions under a conspiracy.

‘The administrations and teachers have adopted such a behavior with students which suffered the students to be in a state of nerviness, and this behavior has caused to increase the trend of suicide’ He added.

The statement of BSO’s chairperson comes after the incident of committing suicide of MBBS 3rd-year student, Yousuf Pirkani, of Bolan Medical College (BMC) Quetta, city of Balochistan on Friday.

“Yousuf Pirkani’s viva exams had not been taken by college administration for more than a year which resulted to his suicide” BMC students claimed.

‘The suicide incidences of the student of BMC Yousuf Pirkani, student of NFS Faisalabad, Saifullah Baloch, and student of Khyber Medical College clarify the point that the contractors of the colonial education system make students to suffer in mental pressure and in reaction to this pressure such dangerous incidents happen’ Sohrab Baloch said in his statement.

Another organization, Progressive Youth Alliance (PYA) has also released a statement, claiming that Mr. Pirkani has committed suicide due the the stress caused him by BMC administration.

Baloch Students Action Committee (BSAC), another student organisation, holding the administration responsible has stated that, “due to the negative behavior of teachers and college administration, students like Yousuf Pirkani, Saifullah Baloch and Atif Jan are reaching to the point of quitting their lives”.

BSAC has demanded to the Health department, Provincial Government and High court to investigate the incident and bring the culprits to the justice.